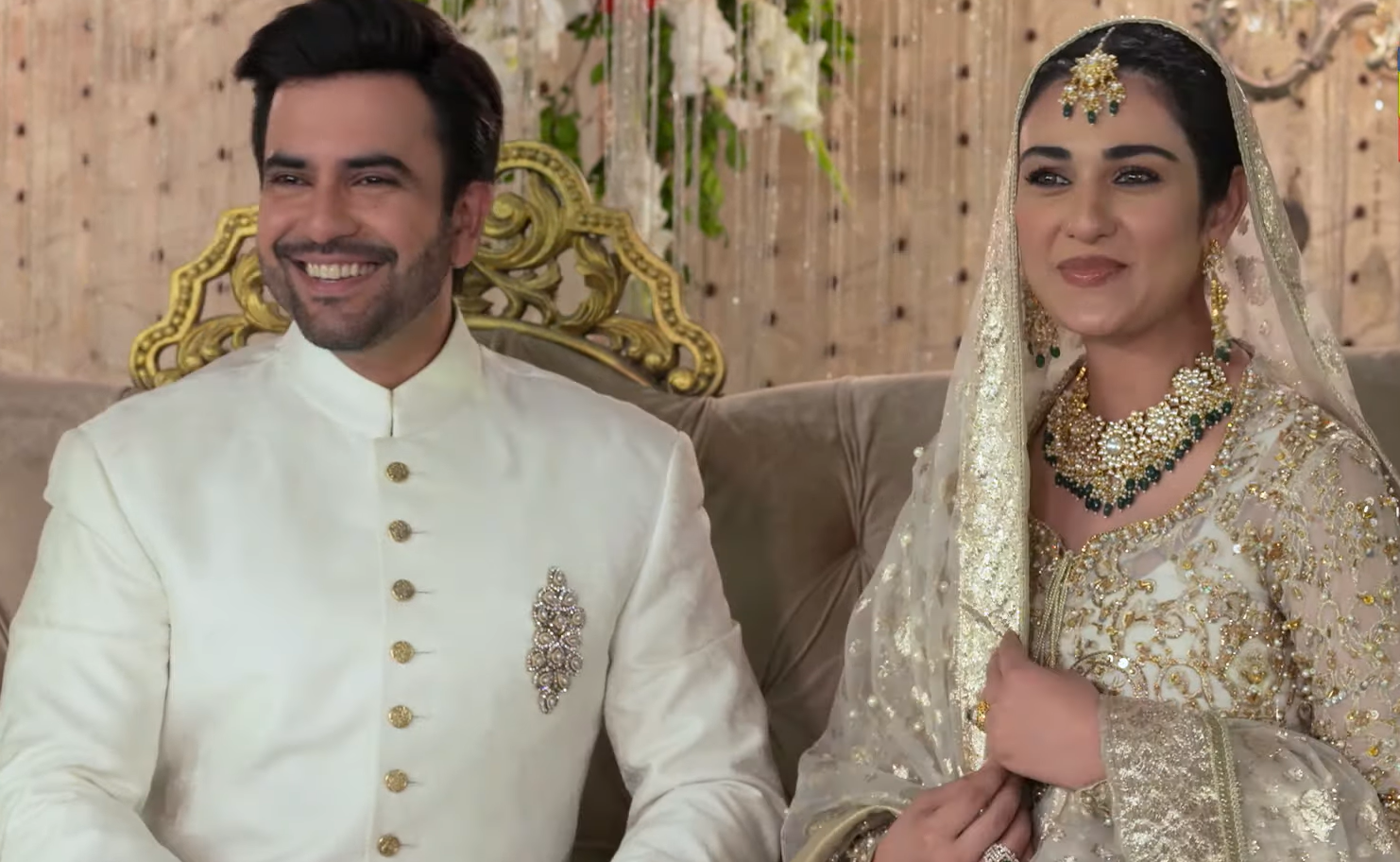 KARACHI: Adding new dramas to our watchlist means that we also get to pick our favourite actors and characters. After all, they are the ones who make any show worth our time. And the joy of watching a good local drama only increases if the lead actors share good chemistry amongst themselves. Many viewers love to live vicariously through their favourite characters and hence, it only makes sense if audiences start rooting for certain on-screen couples. Naturally, we also have a list of our favourites. And yes, it does include the current audiences’ favourites, Ahad Raza Mir and Ramsha Khan!

Before we move on to the most obvious choice, it is important to acknowledge a rather cute couple from the ongoing Ramadan special, Hum Tum. Junaid Khan plays Sarmad, a chef and a romantic who wears his heart on his sleeve. Opposite him is Sarah Khan in the role of Maha, Sarmad’s health-conscious neighbour who considers him nothing more than a brother. Junaid Khan fits in adorably into the role of the highly skilled and chivalrous Sarmad. While Maha takes her time to say yes to Sarmad, she eventually does come around. It is specially nice to see their love story take its due time to unfold without Sarmad putting any sort of pressure on Maha. The latter, too, accepts his proposal because of the kind of person he is and how he treats her, instead of seeing him as an escape route from the otherwise toxic rishta culture.

Safe to say, this on-screen couple had a fanbase even before Hum Tum went on air. Ahad Raza Mir is already an audience favourite while Ramsha Khan has constantly proven herself as an artist with her diverse roles. The two actors may have shared the screen for the first time but their comic timing as Adam and Neha made them stand out almost instantly. Comedy is not an easy genre to nail yet both actors fit into their roles with ease. While their characters are constantly fighting, the sequences rarely get annoying or monotonous to watch. Recent episodes of the drama may even have hinted towards Adam falling for Neha and we cannot wait for the two to go from enemies to partners! Safe to say, they would make an adorable couple.

Sang-e-Mah is a masterpiece. The drama, without the typical glamour, slapstick jokes and petty saas-bahu arguments has proven that our artists and audiences, both, are ready for unique, impactful content. What is even better to witness is Atif Aslam’s growth as an actor. His portrayal of Hilmand can send chills down one’s spine. However, audiences also love to see a softer, more vulnerable side to the otherwise stubborn and apathetic Hilmand. And that is when he meets Sheherzaad (Kubra Khan). The two characters share an unlikely bond, one that will probably result in people hurting. Yet, we cannot help but love the way Hilmand open up to Sheherzaad and allows her to see a world inside of him that no one else has access to. Kubra Khan does most of the talking with her eyes, leaving audiences wanting more of Hilmand and Sheherzaad and for the two to end up together somehow.

This on-screen couple first became the talk of the town after Chupke Chupke aired last Ramadan. Their on-screen chemistry was specially appreciated by the masses who were quick to introduce ship names for the two actors. It is true that Aymen Saleem’s role as Pari in Paristan seems little different from her role in the first drama, while Arslan Naseer has returned for a more somber role as Arsam. However, his fans wish the actor had more scenes in the drama

While Paristan itself may be lagging with its storyline and unconvincing characters, Naseer’s and Saleem’s chemistry continues to make the show worth watching. Fans wait to catch a glimpse of the two together each day and for Pari to get her perfect ending. Pari and Arsam are the prime example of how opposites attract. Their subtle flirty moments are specially cute to witness!

Which on-screen couple are you currently rooting for?