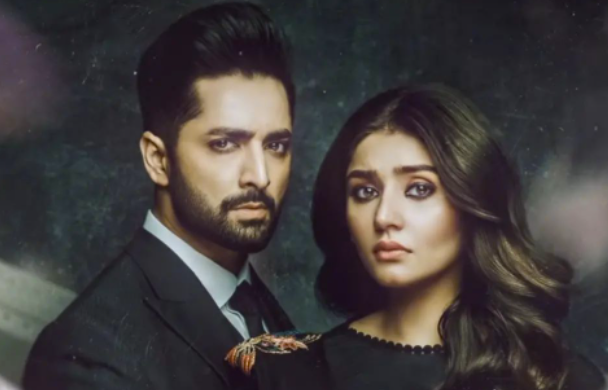 KARACHI: Another day, another Pakistani drama with the same old storyline. This time, we have veteran actor Naumaan Ijaz sharing the screen with Danish Taimoor and Durefishan Saleem in their new drama called Kaisi Teri Khudgharzi. However, one look at the teaser trailer for the drama, which will also star Atiqa Odho and you will be able to predict the entire storyline. It is the same forbidden love story and struggle between rich boy and angsty dad, that we have seen over and over again.

In the new drama, Naumaan Ijaz is reprising one of his previously done characters. An unflinching nawab, he is more concerned about his pure bloodline than he is about his kid’s happiness. Throw in some dialogues about him not believing in love and not knowing how to lose and the character is complete.

On the other hand, we have baba sahab’s equally stubborn son played by Danish Taimoor. The gun wielding, maniacally laughing Taimoor tells his father that no matter what happens, he will marry Max (Durefishan Saleem). But the question is, does Max want to marry the poor rich boy?

If you look at the first teaser for an answer, you will get whiplash. In one scene the (un)lucky lady in love seems unhappy with Taimoor extending his hand towards her and runs away as Rahat Ali Khan sings about how not in love one can possibly be. But then in the very next second, she is twirling straight into his arms. Talk about whiplash!

As the teaser goes on, we learn the obvious. Like father like son, both are stubborn and so that is where the drama will unfold. Throw in some dramatic fainting at what is supposed to be a happy event, a shady side character played by Adnan Shah Tipu, a fire and talks about not loving a dead person and it isn’t hard to figure out what is going to unfold.

Needless to say, we are not too impressed with the teasers for the new drama. However, we will still keep an eye out for the ARY Digital project in hopes that it might surprise us!