What do Muhammad Shah and Alia Bhatt have in common? 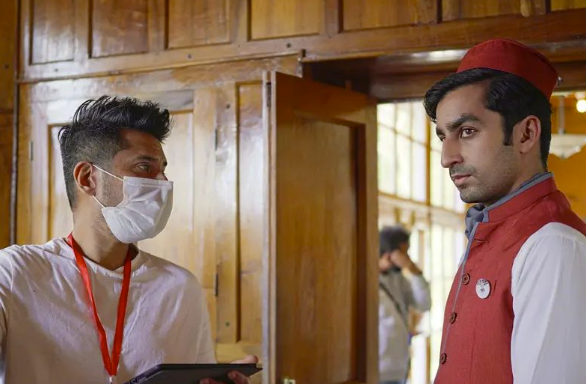 KARACHI: It has been a while since it was announced that fan favorites Sanam Saeed and Fawad Khan were set to share the screen for Asim Abbasi's web series. While fans wait for the series to go on air, Abbasi has been sharing a few tidbits about the cast. And so imagine our surprise when he announced that internet sensation Muhammad Shah is a part of the project!

Sharing the casting news on Instagram, Asim Abbasi described Shah in the best way possible, “The very witty, and the very strange @iamtheshah – his utter uniqueness caught our eyes and ears during the casting phase. Watching his first audition tape confirmed that this one is an oddball in the bestest sense of the word. Shah was equal parts mysterious and hilarious over the many months we spent together in Hunza.”

Abbasi was nothing but praises for the new actor for, “His hard work, commitment and undying energy even in the toughest of locations was always great fun to watch. Truly a chameleon in the ways he would adapt. His impromptu remixes of the dialogues into songs were the icing on the cake.”

Muhammad Shah also took to Instagram to share the news in the most Muhammad Shah esque way possible and that was to point out both, he and Alia Bhatt, have more things in common (starring across Fawad Khan). He also described himself as a method actor and so, “I was in character throughout. I started a life there, got married and became a farmer,” he joked (or at least we hope). “But like all good things, this too had to end. With a heavy heart I left my new family with my character in Hunza when the shoot ended. I miss them sometimes but the life of an actor is a rather difficult one.”

As per his press release, Mohammad Shah will have, “integral role in the series.” The news of his inclusion only adds to the excitement of the unnamed series!