Exclusive: In conversation with Sanam Saeed

Starring in the recently released Qatil Haseenaon Ke Naam, Saeed reflects on her character Zuvi, the legacy that Kashf has created and her relationship with television 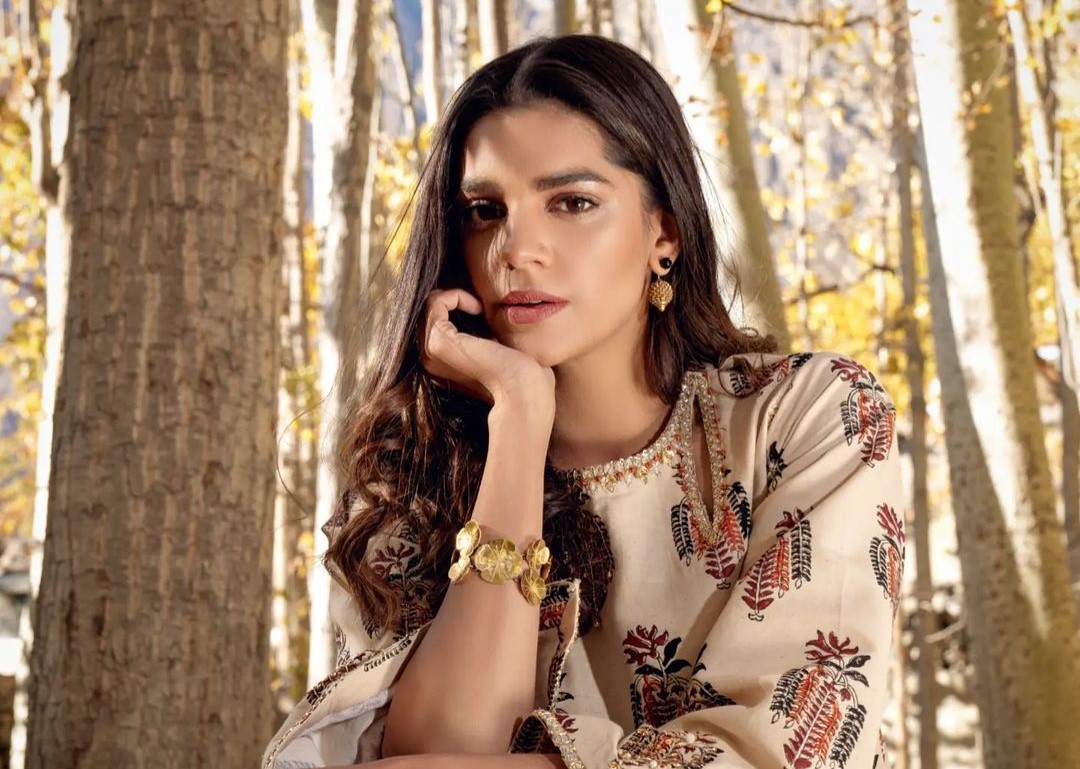 KARACHI: Only a couple of days before Qatil Haseenaon Ke Naam went on air, Cutacut had the opportunity to interview Sanam Saeed who plays the role of Zuvi in the Zee5 web series. Being an audience favourite in Pakistan, Saeed’s character is sure to interest many. “Zuvi is a social climbing, gold digging, manipulative, materialistic, very determined woman who will go to any extreme to get what she wants because she’s just so caught up in having this picture-perfect life and anyone who comes in her way or tries to derail her, she will not hesitate to chop them off,” Saeed describes her character.

“I’m not a femme fatale, I don’t kill people, I am not manipulative,” Saeed jokes when asked about any similarities that the actor shares with the character. “There is no comparison between Zuvi and myself, it’s just a very interesting character that I haven’t played before.” Not only does Zuvi stand out due to her nature but because of her accent as well. When asked about the process that went behind developing Zuvi’s accent, Saeed commented, “It was not so much the accent that I’ve been working on but the tone because I tend to have a more desi, slightly nasal voice but with Zuvi I wanted to make it kind of dainty, soft spoken, very eery…As an actor I feel like we don’t cut and dye our hair enough. You know if we were blonde, we could play with our hair more and that would really put you into character. Sometimes we don’t have the tools to completely change, ziada se ziada ham contacts pehen letay hain but that really doesn’t do much. So I thought maybe changing my voice would bring some kind of a change.”

An anthology of seven stories of seven women, Qatil Haseenaon Ke Naam delves into the genre of desi noir and tells stories of femme fatale. Commenting how many expect the show to be like the web series Churails, Saeed elaborated on the differences between the two. “Churails was a feminist show, this is not about smashing the patriarchy, bashing men or roaring to be heard. This is just women in different scenarios taking control of their situations and doing what it takes to get what they want. So femme fatale genre, murder mystery thriller, doesn’t really have strong morals, it’s the other side of the coin and the other side of storytelling a thriller usually tells. What’s exciting about this is that usually you see stories of a murderer from a male perspective. Even shows that women surprisingly binge-watch on other OTT platforms are psychological thrillers and getting into the mindset of a killer, serial killers particularly and they’re all men. Women generally don’t have that tendency, from the shows that I’ve seen. Women go towards just being the victims and allowing themselves to be misused.

“We haven’t gone too much into the psyche of each character which would be interesting for another time. But this is just a short, easy watching, captivating, murder mystery thriller. Churails was more contemporary, this is more old-worldly,” revealed Saeed who promises that audiences will see the actor in an avatar like never before. The show and its characters are going to be shocking for audiences not only in Pakistan but across the globe. “It’s very important to put us on the map. I mean when Zee Zindagi launched in India, it put Pakistan on the map. India had no idea what Pakistan was like, how we talked, how we walked, how we dressed, what our talent was, what our stories were, inka toh dimagh hi khul gaya, they had no idea,” reflected Saeed.

“There might be a ban (between the two countries) but there are no borders when it comes to culture, art bridges gaps, art is what flashes a positive light on cultures, on countries. As artists we couldn’t be more thrilled. Yes we wish Pakistan had OTT platforms like this but it’s down to budget. We don’t have the budget for it. Their OTT platforms’ budget for shows is what our film budgets are, there is no comparison.”

When asked about whether why women-centric shows are not produced for local platforms or television is because of the lack of acceptability in our society towards progressive narratives, Saeed shared that, “No, I think the audience is ready for anything, you have to give it to them for them to taste and they can decide ‘I didn’t like it’, but if you don’t give them something at all and keep feeding them something else, then it’s about developing your palette for it. But I also understand you can’t have content like this on television.

“Television is a free medium that the whole family watches, so you may not be comfortable watching it with your children or your parents. OTT platforms and films give you the privacy and the space, time and convenience to watch it as you please and watch what you please. With television I understand it has to be family friendly, but there are a million ways of telling family friendly stories. I don’t think two women and a man is a family friendly story to constantly tell. You can show that but baar baar yehi dikhana, keh mard toh yehi karega, ya aurton keh beech rivalry toh zarur hogi, ya aurat ko toh maar zaroor pitegi, that’s not family friendly either, I don’t know what we are teaching. I don’t know what our sons are learning watching that, I don’t know what our daughters are thinking, thinking that life is over for us and this is what life is like after shaadi, and this is what the saas is like.”

Fans of Sanam Saeed on the small screen must have noticed how the actor seems to have taken a break from television. For the actor, the decision to step back from television has been a conscious choice. “I’m very grateful to have had the opportunities that I did when I started off my television career, I’m very grateful to have gotten the work that I did, and to today be able to say yes or no and choose what I want to do. At this point in my life, I will go towards work that satisfies me, that challenges me, that makes me feel good, makes me feel that I’m doing something different and something interesting. I’m all for working on television but it has got to be as good as the work I’ve done before or better. It can’t be the same and it can’t be regressive,” shared the artist.

Even though audiences might not have seen Saeed on the small screen in a while, characters like Kashf from Zindagi Gulzar Hai live on in the memories of her fans. It makes one wonder whether Saeed feels an added pressure for her other characters to live up to the benchmark set by Kashf. “I think initially there was, 9 years ago when the show happened. I think initially I put the pressure on myself that I’ve got to do work that was just as impactful and just as successful but that was only initially. After that, again I got lucky with Diyar-e-Dil a couple of other projects that were good.” Saeed further shared how “I had to remind myself that I am an actor and I, however, was getting boxed into those roles and I did not understand how one expects an actor to perform the same kind of roles over and over again. You’re never going to get that magic, it was a one time thing, anything else will just be repetitive, so you’ve got to break out.”

While we are on the subject of Zindagi Gulzar Hai, it is a delight to learn that Saeed and Fawad Khan are returning to the screen together in Zee5’s upcoming series by Asim Abbasi.