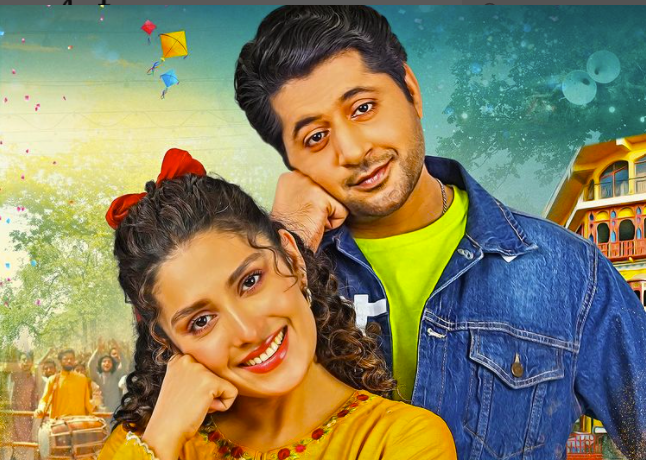 KARACHI: With Ramadan in full swing and the drama specials hitting our screens, we often wonder whether each drama is worth watching. Some dramas like Hum Tum are relatable, while others are run of the mill. And some, like Chaudhry and Sons that is well into episode 3, prove to be nothing more than a mindless comedy. With its stereotypical characters, bad casting decisions and overused storyline and jokes, here is all that you need to know about the Imran Ashraf and Ayeza Khan-starrer.

Chaudhry and Sons tells the story of two families. On one hand is the stereotypical Chaudhry family headed by Dildar Chaudhry (Sohail Ahmed). The head of the family is laid back, is not one to follow rules and enjoys a bit of chaos. Traits that have been passed down to both his grandsons, Billu (Imran Ashraf) and Bunty (Sami Khan). Both grandsons are troublemakers and terrible at their studies. Billu’s father, Shakir (Noor ul Hassan) and Bunty’s mother (Madiha Rizvi) are the only ones who seem to want what is best for their sons.

We also have Billu’s middle-aged unmarried uncle (Yasir Nawaz) who wants to marry a girl who isn’t from the same caste as the Chaudhrys. This subplot has the potential to be interesting but with all the subpar comedy that is going on, there is little hope that this will pan out the way we hope.

On the other hand, we have Pari (Ayeza Khan) and her grandmother (Irsa Ghazal). For anyone who has watched Chupke Chupke, they will soon learn that Khan’s current character is no different than her previous one. Immature with her head in the clouds, Pari is an orphan living with her grandmother. Malika Dadi is oddly sophisticated and oddly overdone. She is meant to be the doting grandmother who speaks English, constantly has her mouth full of paan and tolerates her granddaughter’s antics. All the while, Pari is being haunted by the neighborhood majnoo Shahrukh (Raeed Muhammad Alam) who will leave no opportunity to get a glimpse of her.

By episode 3 of Chaudhry and Sons, we learn that it is Yasir Nawaz’s character that is the connecting link between the two families. Turns out, Pari’s mother was set to marry him but instead married a man of her choice which naturally meant that she was shunned by the family.

3 episodes into the show, there are a few obvious shortcomings with Chaudhry and Sons as a whole. The first and foremost is the casting. It is difficult to accept Imran Ashraf as a university student, no matter how hard we try. The same can be said for Ayeza Khan. Do they play the roles well? Arguably, yes. Do the actors fit their roles? Absolutely not. To add to the mess, the characters are overdone. From the way they speak to the way they act, it is hard to tolerate them beyond the first few scenes. Chaudhry and Sons is meant to be a comedy but the jokes are just run of the mill jokes that we have all heard before. The storyline is also predictable. Our bet is that Pari and Billu’s tumultuous love story will be what brings the two families together.

However, we still do hold out hope that the drama can prove us wrong!