The dark side of the Oscars 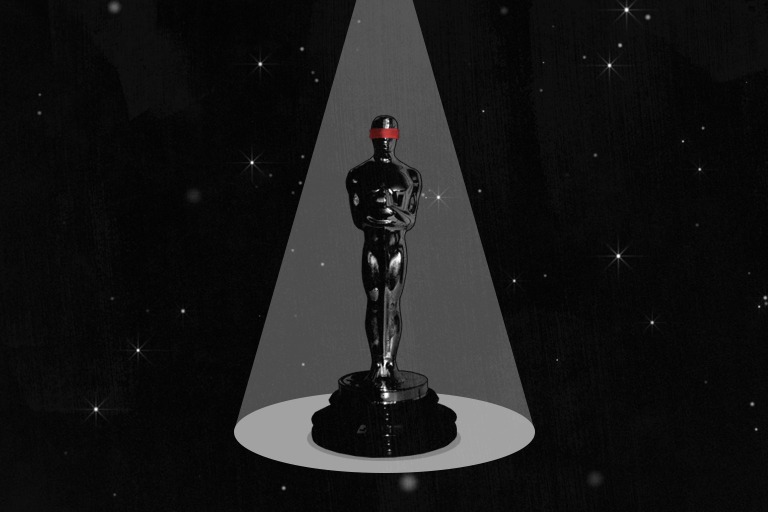 KARACHI: Over the past few days, all that everyone has been talking about is what went down at The Oscars Award ceremony. In case you missed it, Will Smith smacked Chris Rock, who was hosting a segment of the awards, over a joke made about Jada Pinkett Smith and her hair. After the confrontation, Will Smith went on to receive his first ever Oscar Award. There was a whole debate surrounding the incident and about who was in the right and who was in the wrong. The Academy went on to release a statement which read, “We have officially started a formal review around the incident and will explore further action and consequences in accordance with our Bylaws, Standards of Conduct and California law.” While this means that Will Smith could lose both his award and membership with the Academy, that is not what is shocking about the consequence. As it would turn out, the Oscar Awards have a dark past that we seem to have forgotten. And it begs the question, does race have to do with the consequences?

The Academy does not condone violence of any form.

Tonight we are delighted to celebrate our 94th Academy Awards winners, who deserve this moment of recognition from their peers and movie lovers around the world.

Roman Polanski is a name we often associate with Sharon Tate. Tate had been pregnant with Polanski’s child when she was brutally murdered by the Manson Family. Since her murder, controversy seemed to follow Polanski.

In 1977, Polanski was arrested and he pled guilty to drugging and raping an underage girl. However, he fled to Paris before his sentencing.

That did not stop The Academy, however, from allowing him to be nominated and win the award for Best Director.

Polanski has since been expelled from The Academy but his win highlighted just how much of a blind eye the institution was willing to turn.

Now @TheAcademy before you want condemn #WillSmith on his conduct, just remember that you awarded a KNOWN rapist #RomanPolanski, best director, who was charged and STILL has standing criminal charges against him, so…be mindful. #Oscar

Even if for a minute we were to assume that Roman Polanski winning an award was an oversight, how would we be able to explain Woody Allen winning his numerous Oscars? Allen has quite a dubious past and that is putting it lightly. Allen had dated Mia Farrow for 12 years and was known to be close to her children. So close, in fact, that he went on to have an affair with her adopted daughter, Soon-Yi Previn and was accused of molesting the other daughter, Dylan. Despite the allegations against Allen, he went on to win numerous Oscar Awards and lead a successful career and marriage with Previn.

I guess as long as you don’t do it on stage, raping actresses and underage girls is fine for the Academy, just don’t slap a guy…#HarveyWeinstein #WoodyAllen https://t.co/H6O0yGZ6cX

While Smith’s act of violence was a one-off situation but Mel Gibson had a history of being violent, an alcoholic and anti-Semitic. The artist was considered one of the top actors and directors of the industry with a long list of successful movies to his name. However, he hit rock bottom in 2006 when he was arrested for the DUI and went on an Anti-Jew rant. In 2010, he made racist and victim blaming remarks. He was accused of threatening to kill his then girlfriend who also accused him of domestic violence.

“Harvey Weinstein, who has been convicted of rape, still has his Oscar. Roman Polanski, who pleaded guilty to statutory rape, & Mel Gibson, who has an ugly history of racist and anti-Semitic remarks, still have theirs too.” https://t.co/zDdZcT2asd

One would assume that his career would be over and for the longest time, Hollywood seemed to have blacklisted him. Until the 2017 Oscar Awards when his movie Hacksaw Ridge was nominated for Best Picture and also won two awards for editing and sound mixing. It seemed as though his past misdemeanors were swept under the rug by The Academy. Why else would Mel Gibson be acknowledged in the Oscar Awards?

Apparently consent is not something factored in when it comes to the Oscars Award Ceremony either. In 2003, Halle Berry was announcing the Best Actor award which went to Adrian Brody (for the Roman Polanski movie of all things). He ran on stage and entrapped Berry in a very passionate and very non-censual kiss.

Berry had been shocked to say the least. She revealed to Andy Cohen in 2017 that all she could think was, “I was like, ‘what the f*** is going on?!”

One thing in common that all these men have, is that they are all white and they all got away with their vile acts. We do not condone violence in any shape or form but we do wonder what the consequences would be for Smith had he also been white and not a man of color.