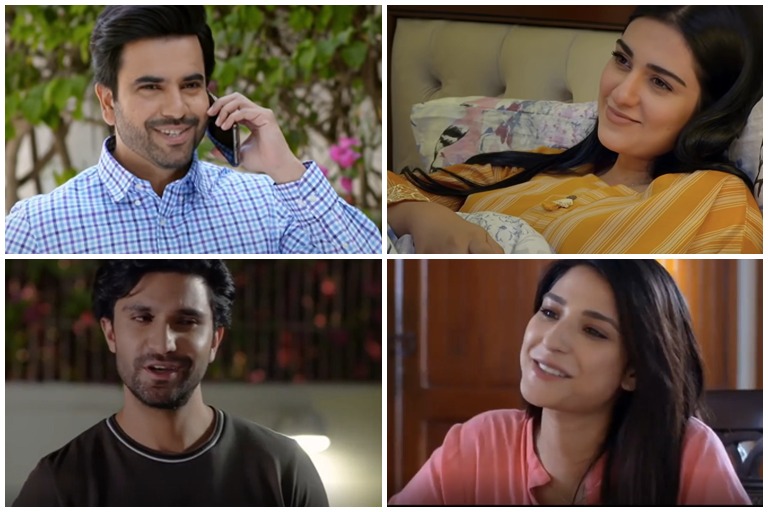 KARACHI: Fans of Ahad Raza Mir have been in for a treat the last few days. After it was revealed the actor is set to star in Netflix’s upcoming series, Resident Evil, the internet had Mir trending on most social media platforms. However, that was not all. Those who had been wishing to see Mir on the small screen again were not left hanging either. Over the weekend, Ahad Raza Mir shared the teaser of his upcoming Ramzan special, Hum Tum, which marks his return to the world of dramas after a short break.

Sharing the screen with Mir for the first time in the drama is Ramsha Khan. From the first teaser, their characters, Adam and Neha, seem to share an interesting chemistry. The two are clearly not fans of one another but have to tolerate each other since their families seem to be connected in some way. Both students, Adam and Neha are shown to have care-free natures. The latter also comes from a family of three daughters, and is not afraid to tell her mother who is responsible for providing the Y chromosome that will give the family a son.

Other audience favourites to star on the drama are Junaid Khan and Sarah Khan. While Junaid Khan plays Adam’s brother, Sarah Khan is meant to be one of Neha’s sisters. Seemingly, the two have met under an arranged-marriage scenario. From the second teaser, it seems as if Junaid Khan’s character has fallen head over heels for the girl. Someone who enjoys cooking, he tries to win her heart through food. Sarah Khan’s character, however, seems little interested in someone who is a “khanay ki machine”.

Directed by Danish Nawaz and written by Saima Akram Chaudhry, a duo who entertained the masses with their 2021 Ramzan special, Chupke Chupke, Hum Tum seems like a family-comedy drama with an ensemble cast that is sure to attract audiences.