How to make a non-item number 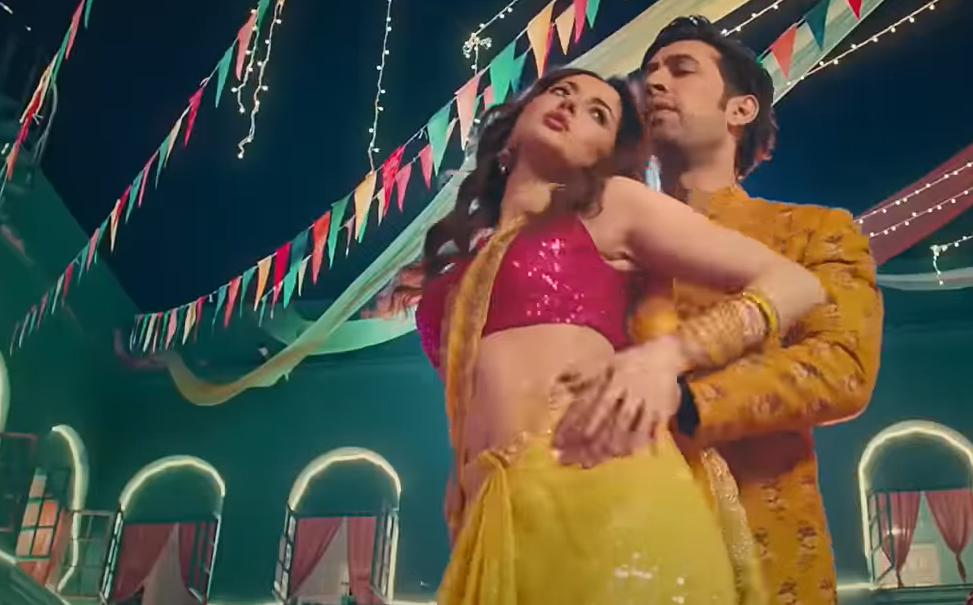 KARACHI: Pakistani films are yet to master the art of storytelling. From limited budgets to even fewer narratives available, most films rely on slapstick jokes, forced action sequences and a not-so-budding romance between its lead characters. One thing that Pakistani movies promise to steer clear from is an item number. From our actors to our directors, one territory that no one wants to explore is that of item numbers. So our films end up making songs that are even worse than the said ‘numbers’. Because truth be told, what’s a film without atleast one raunchy song?

This is the first step towards convincing your audiences that the song is definitely not an item number. After all, it’s only a bunch of people dancing with joy during a dholki at home, right? How much more of a family affair could it be? Not to forget the inappropriate lyrics, the awkward as hell on-screen chemistry and choreography that would want to make you look the other way.

Girl wears a choli borrowed from her younger sister

Since it’s a family affair, it also means that family members get to share clothes, right? Which is why the lead dancer of the non-item number, the female actor, shows up wearing her younger sister’s clothes. What other explanation could there be for her dress being so small?

Now that we have the female lead dressed as scarcely as possible, we must also flaunt her physical features. Hence, introducing lyrics that refuse to trigger any sort of intellect. From shaahi supaari to billi and even truitti fruitti, these lyrics will compare women to anything and the audience is meant to accept those as compliments. “Doodh jaisa rung (complexion like milk)” and “tere utthay peela rung suit karda (the colour yellow suits you)” are all compliments for the fair-skinned girl whose only purpose in the song is to flaunt her body and blush at the guy’s highly uncomfortable stares. Not to forget, the song must open with the girl’s back facing the camera and twirking for how else will we see her patli kamar?

Of course, with the female lead wearing her younger sister’s clothes and the singer drooling over the girl’s body, it is hard for the male lead to focus on anything else. Not only does the poor thing have to act like he isn’t obsessed with the girl’s body (even if she is dry humping him), he also has to try and keep track of the choreography. So he stumbles his way through the song, thinking that the audiences cannot detect his struggle. Meanwhile, the poor background dancers try to carry the song on their backs for someone has to stick to the choreography, right?

If you have made it this far, it probably means that not many things are going in favour of your song. You sexualised the girl, added a touch of desi weddings to the scenario, hired the best dancers, but your song still looks like an item number. In order to make the video look like a non-item number, you must now add loads of distractions. It’s a shaadi ka ghar, hence the set has to be lit up beautifully with loads of colours. This will keep your audience plenty distracted from the mess you have otherwise created. Also make sure your camera person looks nowhere but the girl’s body (because that’s where everyone else is looking as well).

If none of these work in order for your song to look like an item-number, then you can simply pull off a Neelum Muneer. Say that your item number is only an act of patriotism and you would have never done it had it not been for an ISPR project!