Baarwan Khiladi off to a promising start 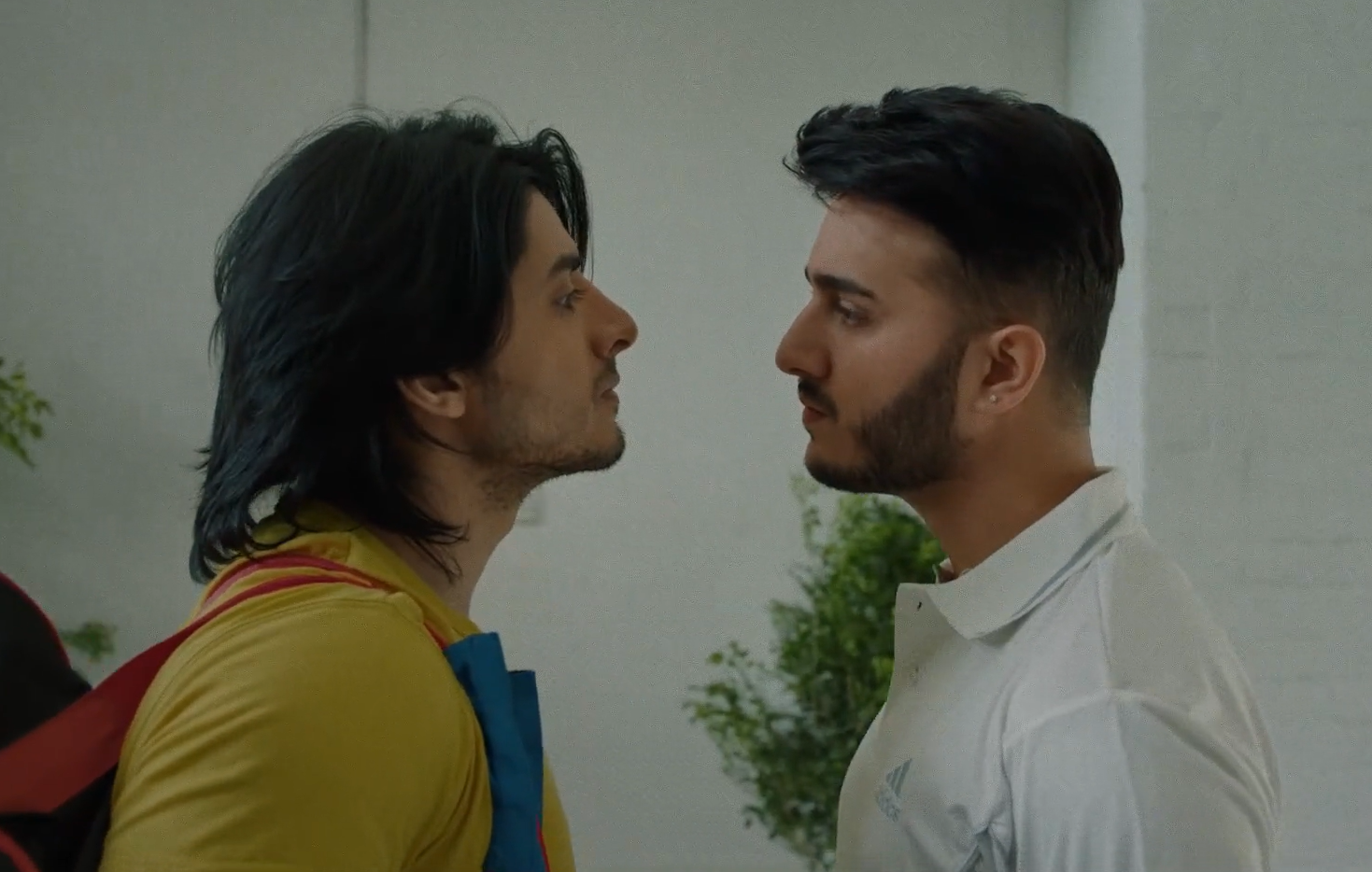 KARACHI: There’s been quite some hype surrounding the new web series Barwaan Khiladi which has been produced by Mahira Khan and Nina Kashif and stars the likes of Shahveer Jafry and Danyal Zafar. Often or not, the most hyped up shows are the ones that let us down. However, that does not seem to be the case with the sports centric web series. With episode 1 and 2 of Baarwan Khiladi out, here’s what we think about the show so far.

The web series begins on an intense note. Three masked boys break into a house armed with a cricket bat. One of them is the antagonist of the show, Jahangir Ahmed (Shahveer Jafry). Jahangir, along with his two cronies played by Khaqan Shahnawaz and Zarrar Khan, is out to seek revenge against a teammate who bowled a bouncer that almost hit Jahangir in the eye.

An eye for an eye is what Jahangir believes in but just as ominously as the web series begins, a dash of humor is added into the mix. Jahangir ends up hitting the wrong teammate and their plan fails hilariously. We also get a bit of background about the characters. While his friends are permanent players of the Shahneen XI team, Jehangir is not. What Jehangir is, as we learn on later in the episode, is the son of a rich man. With a superiority complex and a sense of entitlement, he buys his way into the team because he believes he is above and beyond to give trials.

Jafry plays the role well. From his brooding looks to the authority with which he speaks and the way he pulls off his “burger” style, he is the perfect representation of what a spoilt brat looks like. For someone who bought his way into the team, he has the audacity to look down on Akbar (Danyal Zafar) who makes it to the team as a reserve (the baarwan khiladi) because of him.

We are then introduced to Akbar. A street cricketer from a small neighborhood in Lahore, he plays cricket for money. Unlike Jehangir, Akbar is someone who you like almost immediately. He is a good son and is also a hopeless romantic. He works hard to achieve what he sets out to which includes making a name for himself in order to marry Aliya (Kinza Hashmi). Akbar’s scenes are heartwarming from the neighborhood celebrating his selection in the team to bidding farewell to his mother.

While the difference between the two characters is obvious, there is also suspiring attention to detail. Akbar wears scuffed up shoes, dirty from being worn on tough surfaces while Jehangir’s Nike shoes are squeaky clean from lack of use out on the field. As episode two goes on, we see the differences cause a constant rift between the two players as they set out to sabotage each other.

We are also introduced to the coach for the Shaheen XI team. Played by Sarmad Khoosat, his character is confusing to say the least. Determined to prove himself to the owner of the team, who constantly throws around his humble background as an insult, the coach seems like a man of high morals. When Jahangir goes in to remind the coach of his father’s phone call, we are almost convinced that the latter is not one to be influenced.

@TheMahiraKhan
This man, steal the show 😉
Brilliance on its peak#Baarwankhiladi pic.twitter.com/FVjT5AwUoN

And that is what makes Baarwan Khiladi so interesting. The show is full of surprises and we do not know what to expect. At one point, the audience thinks that Jahangir is someone who is not all bad. That when push comes to shove, he will look out for his teammates. But just as soon as we start to like him, he reminds us what a terrible person he can be. And it makes us wonder just how much Akbar will have to suffer through to stay ahead of his main competition.

The web series has allowed a lot of freedom in the content that has been put out especially with the dialogues. By having the characters use slang and even cuss each other out, it makes them especially relatable for the younger audience. The show flows naturally and nothing is forced, which includes Fawad Khan's brief appearance. With the right mix of suspense, drama and humor, the web series is definitely one to watch!