The life and death of Qandeel Baloch 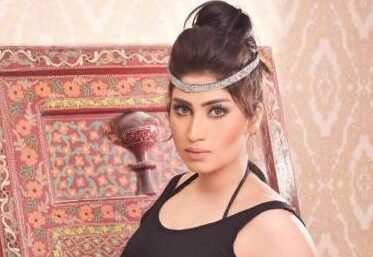 KARACHI: Shockwaves have rippled through social media as news broke that Qandeel Baloch's murderer had been acquitted by the Lahore High Court. The man in question, Muhammad Waseem, was not just her murderer but also her brother. He had been sentenced to life in prison for strangling her in 2016. It was hard to get his image out of our heads as he brazenly told the press he had no remorse for the slaying because her behavior was “intolerable”. Apparently being a murderer is more tolerable than being a rambunctious woman, at least that’s the message Qandeel Baloch’s heirs have set forward by pardoning her brother’s crime. But really, who was Qandeel Baloch? And what lead to her grisly murder that shocked the nation; the nation that loved to hate her? Nearly six years after her death, let us look back at what Qandeel Baloch stood for.

The truth is, Qandeel Baloch was an amalgamation of all the things she wanted to be. She created a story about herself that was partly fibs and partly the truth. But she owned the version she created of herself with pride. Pride which eventually got her killed.

Baloch’s real name was Fauzia Azeem and she was born on 1st March, 1990 in Shah Sadar Din, a small village in Punjab. Born into a family of 6 brothers and 2 sisters, her family could only be described as underprivileged who scrapped by by farming. But Baloch was always interested in getting an education and wasn’t like her conservative family. She did what most can only dream of and walked out of an abusive marriage without any support, financial or emotional. And that’s how she spent the rest of her short lived life, fighting the patriarchy that was only trying to bring her down. Her very first job was as a bus hostess.

Qandeel eventually began moving between Islamabad, Lahore and Karachi in search of work. Over the years, she got some modeling gigs and to a lot of people’s surprise, even auditioned (unsuccessfully) for Pakistan Idol. She even hired a manager, Mec, but for most part, the pictures and videos that she uploaded over social media remained unnoticed. Until one day, her catchphrase “How I’m looking?” caught on and she became an overnight celebrity.

Soon Qandeel Baloch learnt that bad publicity is still good publicity and began making a name for herself by posting provocative videos of herself. While most comments made fun of her or threatened her, she became a household name. She began scoring interviews and everyone wanted to know “Who is Qandeel Baloch?” On one hand, Baloch didn’t want people to think she had it easy, “People think that I have become famous overnight. They think I didn’t have to work for this. I didn’t have to struggle.” On the other hand, she created a persona for herself, “I am the daughter of a huge landlord. I have property worth millions. I’m not desperate for money.” But despite the fame, Baloch still had to struggle. In a society like ours, no one wanted to make a woman like her the face of their channel or drama. And that’s when things became risky for Baloch.

Qandeel Baloch made headlines in March 2016 when she promised to do a strip tease for the Pakistan cricket team if they won the T20 match against India. She posted a teaser that showed her prancing around scantily dressed. A campaign was launched against Baloch to have her Facebook page with a following of over 400,000 shut down. She was invited to a talk show where she butted heads with a religious scholar who told her “So many evils are being born on social media. She shouldn’t have done this. It’s obvious.” But Baloch wasn’t one to back down and replied, “You’re so terrible, with your double standards. You like to watch me, and then you like to say: “Why don’t you just die?”

By now, Qandeel Baloch had entered into a dangerous sphere, rubbing hands with religious scholars. In June 2016, she took questionable selfies with a renowned scholar which lead to him being suspended from two important councils. A month later, she was murdered in her own home. The case was messy but one thing was clear, the 26-year-old was killed in the name of honor. In a house that she paid for, for her parent’s comfort.

While Qandeel Baloch’s brother and murderer roams free and injustice has prevailed, her name lives on. Over the course of her short lived fame and her tragic death, Baloch became a feminist icon for many in Pakistan. A woman who embraced her sexuality and was unapologetic for who she was. And she will always be remembered for that.