Documentary film on Qandeel Baloch to debut on January 22

Titled A Life Too Short, it pays homage to Qandeel Baloch, a rising social media sensation who was killed under the name of honor 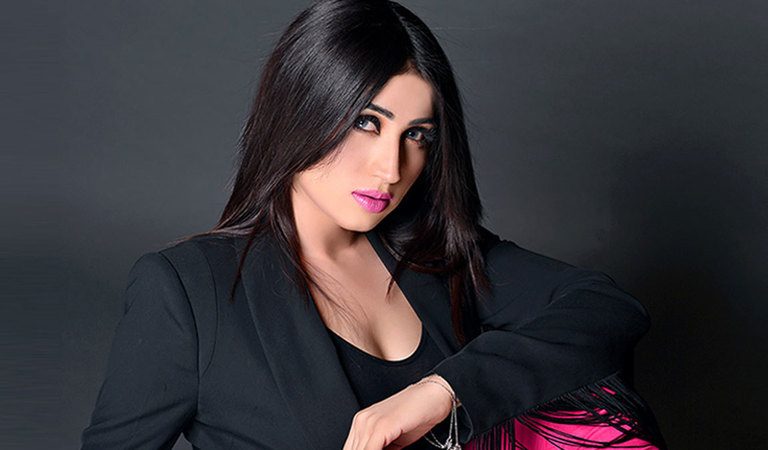 KARACHI: A Life Too Short  is an MTV Documentary Films and SOC Films collaborative effort focusing on the tragic honor killing case of one of Pakistan’s first social media stars – Qandeel Baloch. Her death resulted in the justice system revisiting the age-old laws pertaining to honor killing and women’s rights. According to a report from Deadline, the short film is to debut on Friday, January 22 at 7 p.m. ET on Pluto TV.

Produced by two-time Oscar-winning Sharmeen Obaid-Chinoy, the film is a directorial masterpiece of Safyah Usmani with Sheila Nevins and Guy Oseary serving as the executive producers.

Qandeel Baloch’s tragedy, where her honor killing was done at the hands of her own brother shook the world in 2016. Qandeel was a provocative proponent who ushered forward women’s rights in a way that was new for many. Receiving hate online, the social media star continued to embrace her rights to expression and freedom to own her sexuality. Her form of protest angered many while also challenging a number of conventional ideas. To this day, Baloch has opened avenues of self-expression after her open exclamations of women’s equality and sexuality. She was soon killed by her brother, which prompted a reassessment of the Pakistani law resulting in changes.

From director @safyah and producer Sharmeen Obaid-Chinoy, #ALifeTooShort documents the tragedy and legacy of the boundary-breaking social media superstar Qandeel Baloch, who used her platform to expose a well-known Muslim cleric in Pakistan.

To this day, Qandeel has been subjected to criticism for her ways, with several highlighting how she is not an example to follow while the majority has been speculating after her death.

What happened to Qandeel Baloch murder case??
No updates!!

Well, he got away with instigating the murder of Qandeel Baloch…

There have been various documentaries on Qandeel Baloch and her honor killing in the past. Each project has aimed to highlight how the system to this day may have made substantial changes to the legal system, however, a number of loopholes continue to exist.