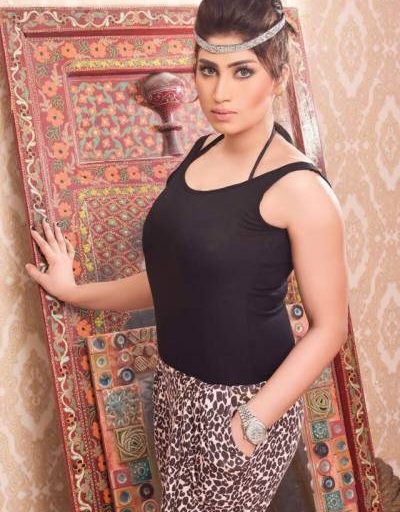 KARACHI: After winning big at the recent South Asian Film Festival of Montréal for HOME1947, SOC Films has another feather in its cap. Their latest documentary that chronicles the life of Qandeel Baloch makes it to the 11th edition of DOC NYC, America’s largest documentary festival. Titled A Life Too Short, the documentary, released by MTV Documentary Films, debuted at the festival as part of the Short List: Shorts segment. It is directed by Safyah Usmani and co-directed by Saad Zuberi.

The segment presents a selection of shorts that the festival’s programming team considers to be among the year’s strongest contenders for Oscars and other awards. “Making A Life Too Short has been a labour of love for more than three years and now that it’s ready to go out into the world, I am both nervous and excited. Undoubtedly, Qandeel had big dreams and the courage to create her own identity but I am left terrified every time I realize that not all women amongst us are afforded their basic right to choose to live however they want. Yet, I live for the day when there won’t be a price to pay should a woman choose to follow her heart,” noted director Safyah Usmani in a presser.

A Life Too Short revolves around the life of social media sensation Qandeel Baloch, who was killed in the name of honour. She lost her life at the age of 26 at the hands of her brother. “Making biographical films is always tricky, but it’s harder when your subject is as complex and widely misunderstood as Qandeel Baloch. There’s so much more to her story than how it came to an end, but it’s really important for the world to remember the price Qandeel had to pay just because she chose to dream big and remain true to herself, and hopefully, this film will help do that,” maintained co-director Saad Zuberi in a press statement.

A Life Too Short was one of the 12 titles showcased this year at DOC NYC, The Short List: Shorts. The winning short will qualify for consideration in the Documentary Short Subject category of the Annual Academy Awards in 2021, without the standard theatrical run, provided the film otherwise complies with the Academy rules.