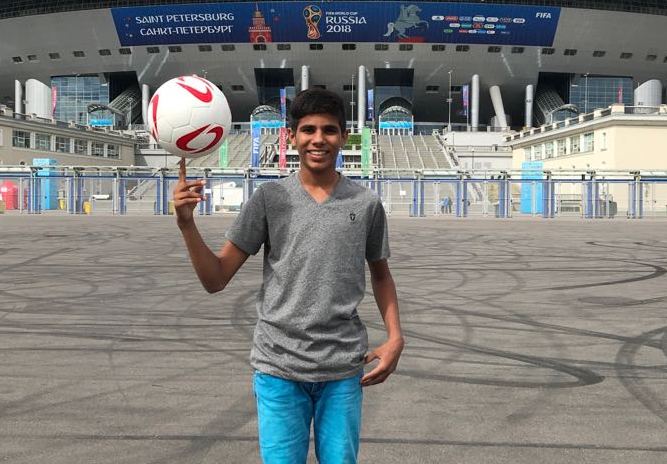 KARACHI: Even though Pakistan has never participated in the FIFA World Cup, we all still avidly watch the matches every time the World Cup takes place. That’s why everyone was shook to see Qurat-ul-Ain Baloch collaborating with Jason Derulo for FIFA 2018’s official anthem. (Why us? Why did they choose a Pakistani singer?)

Now, Coca-Cola has announced that another Pakistani will be joining the FIFA festivities this year: 15-year-old Ahmed Raza will be traveling to Russia to conduct the coin toss for the match between Brazil and Costa Rica on June 22nd. What’s more exciting is that this will be the first time a Pakistani will be on the FIFA World Cup pitch in an official capacity. Does this mean Pakistan is inching towards the coveted tournament? (Fingers crossed!)

Here’s why Raza has been selected: He comes from a family in Sialkot where many family members have been involved in crafting hand-stitched footballs for professional leagues around the world. This year’s football for the World Cup has also been made in Sialkot.

Two-time Academy Award winning film-maker Sharmeen Obaid-Chinoy will also be documenting Raza’s journey to Moscow. The documentary will be released in July 2018.