After a weekend of trolling and bashing, some Pakistanis took to Twitter to share what they learnt at Aurat March 2019 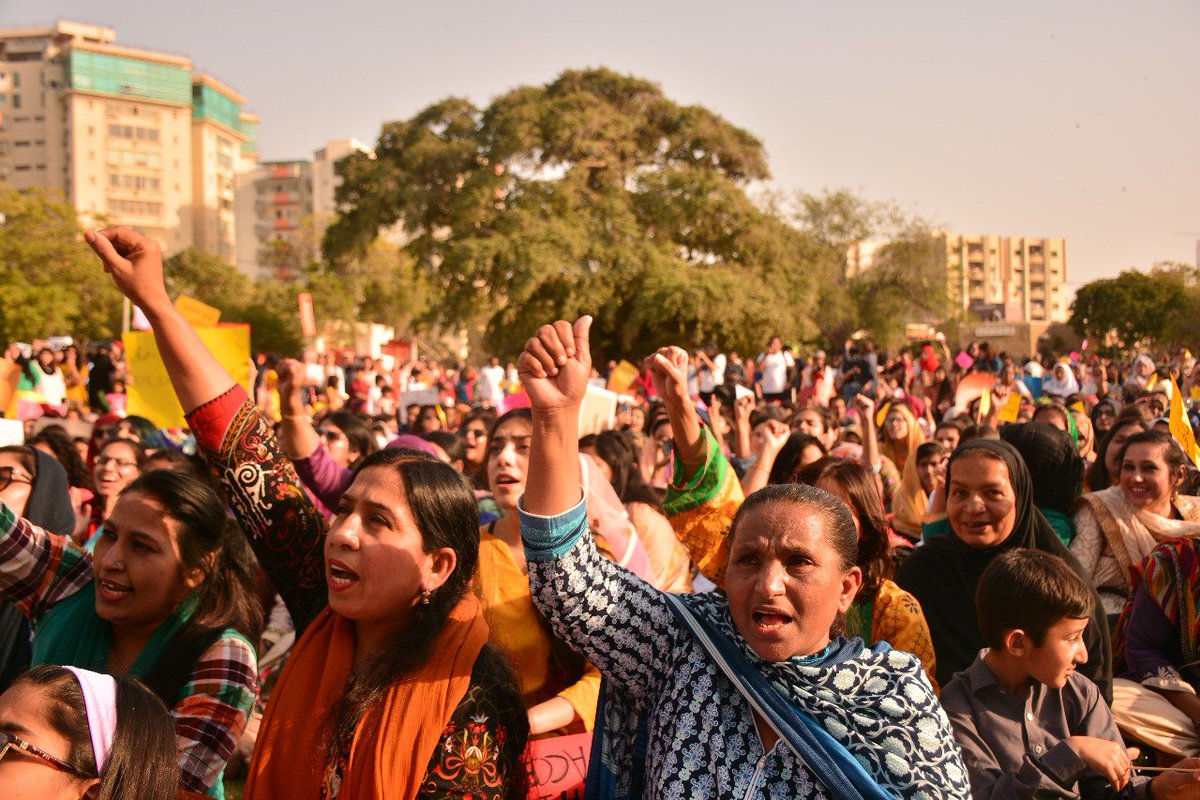 KARACHI: This past weekend, the Pakistani Twitter has been nothing short of a rage pool. Pakistani women (and some male allies) dared to step out on Friday for Aurat March, which was held in multiple cities. This year, the march was more widespread and diverse than last year with women from different backgrounds and professions stepping out and making their voices heard. Many of these demands and opinions were voiced through posters and signs.

From harassment to equal pay to domestic violence, a wide array of issues that affect women on a daily basis were tackled. While a lot of posters were morphed into obscene messages by Internet tolls and there was no end to how hurt the male ego was this weekend, the march did end up creating the ripples it had aimed to create.

There was a lot of learning and lessons one can gather from it and Twitter countered the endless bashing by trending #Auratmarchtaughtme. People had some really good things to say. Here are a few of our favourites:

1. Strength in numbers. This was felt by all those who attended marches in their respective cities.

#AuratMarchTaughtMe that there is healing in collective resistance; that we are fierce when we are together. pic.twitter.com/Y75lpZM6vh

#AuratMarchTaughtMe That i'll never be alone.

2. It must go beyond a single event every year

#AuratMarchTaughtMe that the fight for inclusion, pluralism & freedom must go on! ✊♥️🌈

3. The right to public space is a basic right

#AuratMarchTaughtMe how it felt to be in a space where i was woman and whole and unapologetic. I’ve never felt more at home than at the march and i have never felt better about my body than after the march!!!!

#AuratMarchTaughtMe that being a woman in Pakistan, in Karachi is not all that bad sometimes

4. Masculinity is SO fragile, a bunch of posters can trigger it

#AuratMarchTaughtMe it's OKAY TO BE ANGRY AT MEN. They put us and womankind through SO MUCH. It does not make me a crazy, foaming-at-the-mouth, bitch feminazi who hates all men and wants them to die. It's okay to be angry. My anger is valid.

#AuratMarchTaughtMe that we are not intimidating. They are intimidated. There's a difference.

#AuratMarchTaughtMe that a real woman is the one who has the power to be herself. Unapologetically. Who sets high standards and never lowers it for anyone. Who keeps boundaries and is never be afraid to say "No". Who is kind-hearted, but also bold enough to live her truth.

#AuratMarchTaughtMe that my rage is valid. It gave me a break. It gave me the energy to engage and educate others

#AuratMarchTaughtMe that the time I spent feeling guilty for letting it happen, for giving him the impression he’d get away with it, & for whatever I did that made him want to do it to me in the first place WAS NOT MY FAULT.

6. A deeper understanding of feminism

#AuratMarchTaughtMe that it’s not feminism if it isn’t intersectional

Okay but for REAL #AuratMarchTaughtMe k even men who support feminism – they still expect me to say say sorry first after a disagreement or fight, me to fix the issue, me to initiate conversation, me to diffuse the anger, to be the peacemaker. & that is not okay. Meet me halfway.

#AuratMarchTaughtMe to daydream about how differently streets could be occupied everyday. How it’s women (cis/trans) and non binary people coming together that make space beautiful

#AuratMarchTaughtMe that some men can be allies. GOOD ACTUAL ALLIES