The curious case of Aamir Liaquat 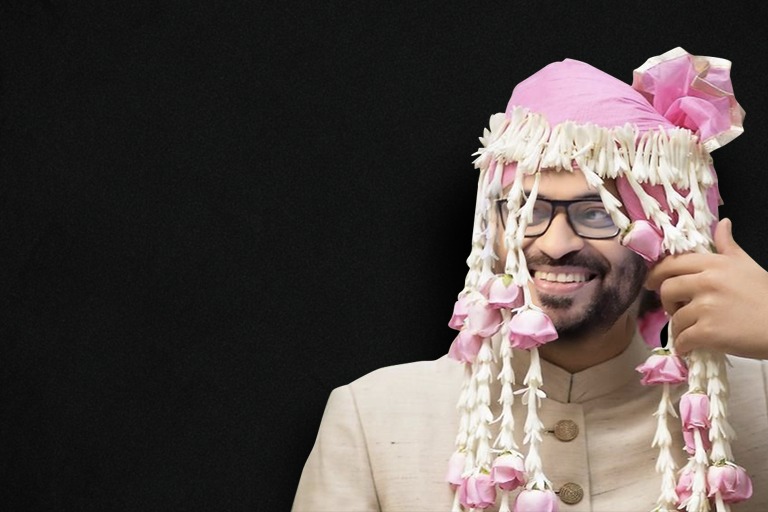 KARACHI: It’s only the second month of the year and Pakistanis are neck deep into receiving one ridiculous news after the other. Local entertainment industry, specially, is in the lead with making headlines everyday, and for all the wrong reasons. Just when we thought we had seen enough, atleast for the month of February, Aamir Liaquat introduced the world to his new wife. His third wife, to be precise. This time, an 18-year-old named Dania Shah.

By this point, many of us simply know Aamir Liaquat as the man who is capable of doing anything. Liaquat is Pakistan’s ultimate source of memes when all else fails. However, it is also important to recall who this man is. Where does he come from? Who was Aamir Liaquat before he became the man who has a new wife every time someone sneezes?

How did it all begin?

The trauma dates all the way back to the early 2000s. Aamir Liaquat graced our TV screens as a news anchor for Geo TV. Then, he became a television host and anchor for the same channel. It was the mid-2000s when Pervez Musharraf was in power and Pakistan was moving towards what was known as ‘enlightened moderation’. Liaquat took things one step ahead with his program titled ‘Aalim Online’. He looked nothing like a traditional ‘scholar’ yet the masses followed him. His fanbase grew each year. Apparently people wanted to seek religious advice from this scholar who had a medical degree.

But Liaquat wasn’t done exploring his options. In 2002, he became a member of the National Assembly. In 2004, he joined Federal Cabinet as Minister of State for religious affairs. Three years later, he resigned from the Federal Cabinet soon followed by his departure from Geo TV. However, this did not mean that Liaquat had said goodbye to television for good.

He joined ARY Network, worked with them for two years before Geo TV asked Liaquat to come back. It was almost like two toxic lovers reuniting. Except that no one could have predicted what came next.

Ramzan Transmissions, memes and everything in between

Many of us might hate Fahad Mustafa and believe his show ‘Jeeto Pakistan’ to be quite ridiculous. But have we ever thought about who the OG of these shows is? Of course, Aamir Liaquat is the pioneer behind all Ramzan transmissions. His shows gave birth to the whole gift-giving ritual, amongst other things.

After welcoming Liaquat back onto their channel, Geo TV aired a Ramzan transmission called ‘Pehchaan Ramzan’ in 2012. However, it was not until 2013 that Liaquat’s ‘Amaan Ramzan’ went on air and all hell broke loose. Combining Islam with entertainment, the show began by handing out lawn suits as prizes every time an audience member answered a question correctly. From the elderly to children, everyone was made to feel welcomed on the show. Till the show’s inclusive nature went a little overboard and Aamir Liaquat began handing out babies instead of lawn suits. Collaborating with Chhipa Foundation, orphan babies were literally handed over to couples present amongst the audience. And to think that this was not even the peak of Aamir Liaquat’s creativity.

It is almost sad that majority of Pakistan considers Aamir Liaquat to be a source of entertainment. We are all guilty of laughing at his actions. At some point, words uttered by him which make no sense became a part of our vocabulary. Who remembers ‘Aam khayega Aam’? and ‘Han bhai, kaisa diya’? How can we ever forget his naagin dance? Let’s not forget that this man literally climbed down a grave during one of his TV shows. Only last year, he hosted a Ramzan transmission on Express TV during which he behaved inappropriately with many female celebrities including Zara Noor Abbas and Saboor Aly.

Many of us are confused about who Aamir Liaquat’s wife is. At this point, a more realistic question to ask would be, who isn’t? Over the years, one reason behind Liaquat’s increasing fame is his marital status. When he started off his career, Aamir Liaquat came off as a decent man with a wife and two kids. He seemed happily married to his wife Bushra Iqbal. Until he married for a second time in 2018. His second wife, Tuba Anwar, was nearly half his age. Apparently Tuba was also the one who encouraged Liaquat to divorce Bushra in 2020. Over a phone call, that is.

Fast forward to 2021, actor and model Haniya Khan claimed to be married to Aamir Liaquat as well. Liaquat denied all allegations of a third marriage. Until he didn’t.

On February 10, 2022, the world woke up to the news of Aamir Liaquat’s third marriage. Hours after his second wife, Tuba, announced on social media that she is no longer married to Aamir Liaquat, the man introduced us to 18-year-old Dania Shah.

Within hours, the newly weds could be seen sharing videos and pictures. What doesn’t make sense, however, is why Liaquat’s post on February 10 reads that he tied the knot with Dania Shah ‘last night’ i.e. February 9, when he had been posting videos of her with the caption “coming soon” nearly a month ago?

Since then, quite a stir has been created on social media. It baffles one’s mind to even think that another woman (or her family) would want to get involved with Aamir Liaquat. Many are also appalled at the age difference between the husband and wife.

Aamir Liaquat and his latest wife seem to be enjoying all the attention. In fact, Liaquat has taken pride in the fact that the couple is the top trend on social media in Pakistan. Surely he knows that people have not been saying the most pleasant things about him. But does he care? Of course not. Should we care? About the 18-year-old, hell yes we should. Dania may be of legal age but how much agency does she truly have? How do we know that the decision to marry Aamir Liaquat was entirely hers? How do we ensure Dania is not humiliated by this man the way other women have been? How do we ensure this man does not exploit any more women in the name of Islam and Sunnah? Where do we go from here?

Apparently we do not go too far. Hardly four months into the marriage, the young bride announces that she, too, is filing for divorce from the ex-Aalim online.

Shah made some shocking accusations against Liaquat which included the fact that he was a drug addict and would remain intoxicated most of the time. She accused him of forcing her to make “adult videos” that he would circulate and if she refused, he would lock her up for days at a time. From not giving her food on time to being physically abusive, the 18-year-old also went on to say that if something happens to her or her family, her ex-husband will be responsible.

How is Aamir Liaquat responding to these claims? Staying true to himself, the politician decided to run a smear campaign against his soon to be ex-wife. He shared an old video of her denying divorce rumors and demanded to know if she looked like a victim of abuse. He refuted all claims of doing drugs and instead, talked about how he supported Dania’s family and gave them monitory help. He has tried to paint himself as the real victim.

Needless to say, the divorce is bound to get messy. But will that stop Aamir Liaquat from seeking out wife number four? We really hope so!