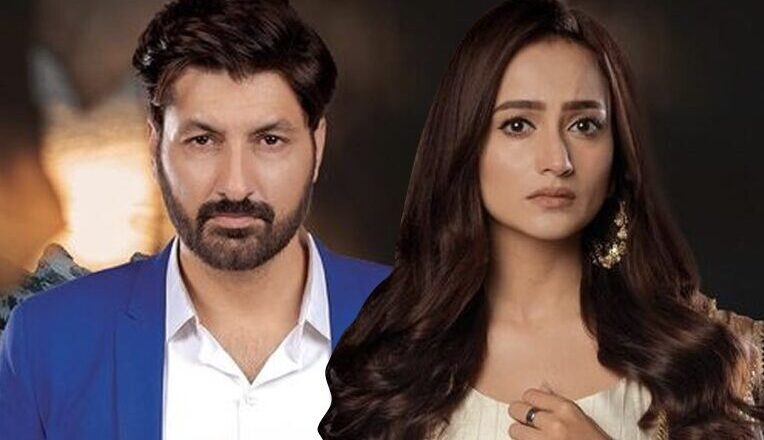 KARACHI: Sangat (2015), Verna (2017), Ruswai (2019), Aitebar (2022). What do all of these have in common? Regardless of what year we are in, they all show husbands of rape/kidnapping survivors act like victims. They all show that a woman not only has to bear the trauma of the crime committed against her but also has to worry about her “poor” husband’s fragile ego. It’s the same overused storyline that really could be done away with in 2022. Instead, Aitebar is yet another drama currently on air showing the same trope. But the difference is, audiences aren’t okay with it anymore.

For those who haven’t been following the drama, Aitebar follows the story of Pareesa (Zarnish Khan) and Hamza (Syed Jibran) who are madly in love, much to the chagrin of many, including Pareesa’s salty sister-in-law. On the eve of her sister’s wedding, while mending a flat tire, Hamza is brutally beaten up and Pareesa is kidnapped by a drunkard. She fights off her kidnapper before he can assault her but the ordeal is pretty traumatic, even to watch. And here’s where things go bad.

Hamza is obviously wild with worry when he gains consciousness. And so when the family learns that Pareesa is okay, you would assume that he’d be relieved. But Hamza’s reaction is quite the opposite. He takes a complete 180 with his wife. From shrugging her off when she seeks comfort from him in the privacy of their own home to kicking her out of their room. It makes one wonder whether this anger is directed at Pareesa or at himself, for not being able to protect his wife. But that theory is short lived. Hamza all but proclaims that he can’t stand the thought of another man having touched his wife. Despite the fact that she’s trying to tell him nothing happened.

Pareesa has gone through one of the most terrifying incidents of her life. She has been kidnapped, manhandled and grabbed at. But instead of focusing on her own healing, she feels the need to tend to her husband and his superficial wounds. She spends the night alone in the lounge while her husband sleeps in a locked room. She pleads for her husband to let her in and offers to get humiliating tests done to prove her “purity” . And yet, he has the audacity to accuse her of altering her reports and then proceeds to kick her out of their house.

Hamza’s character in the drama does nothing but throw forward the age-old narrative that a woman is only worthy of love if she is “pure” and “untouched.” That a man’s love is contingent to his wife’s virginity. If those things don’t exist, even the most loving husbands like Hamza will turn on their wives, at no fault of their own. This narrative is inherently toxic. If a woman’s worth boils down to her virginity, where does that leave widows and divorcees? Do women, who are victims of their circumstances, not deserve a second chance at love? What about rape survivors? Who are forced against their will, who were abused and had assailants try to break their spirit? Should they not be loved despite their trauma? Are they any less worthy than any other woman out there?

For the audience, specially women, it’s frustrating to watch a drama like Aitebar. We so desperately want to see a good man and husband who doesn’t have any conditions attached with him. We want to see a man who will defend his wife against the world and stand by her side during the worst times instead of ditching her when she needs him the most. We’ve watched way too many dramas where men treat women terribly, we want to see better men on TV. Our female leads deserve men like those as well!