Since it's getting more and more difficult to keep track 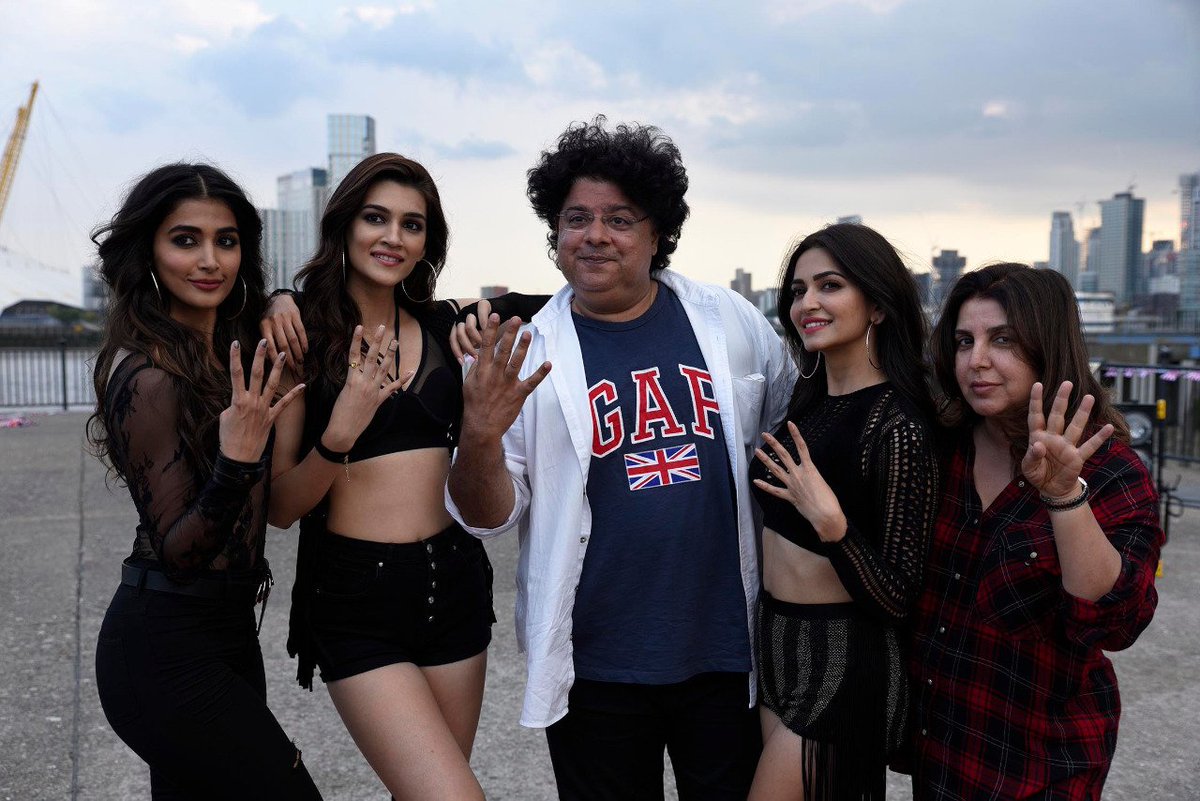 KARACHI: #MeToo has arrived in Bollywood. The past week has seen a wave of accusations against actors, directors, writers and so on in the Indian entertainment industry. It started when Tanushree Dutta came forward with an accusation against celebrated Bollywood actor Nana Patekar for sexual harassment.

We’ve compiled a list of all the men in Bollywood who have been accused so far. We will update the list if and when more women step forward.

Veteran actor has been accused by actress Tanushree Dutta who said she was assaulted by Patekar on the sets of the 2008 film Horn Ok Please.

The actor laughed reportedly laughed when questioned about the incident. “What does she mean by sexual harassment? There were 50-100 people on set with me,” he said in an interview with Mirror Now.

Queen Director Vikas Bahl was accused by a crew member at Phantom Films who said Bahl forced himself on her under the guise of being drunk at the pre-release party of Bombay Velvet in Goa. Her accusation was corroborated by actor Kangana Ranaut who played the lead role in Bahl’s film.

In an interview with India Today, the Tanu Weds Manu star also revisited all the times she had met Bahl and recalled how he would “hold her really tight” and “smell her hair” each time. “But still every time we met, socially greeted and hugged each other, he’d bury his face in my neck, hold me really tight and breathe in the smell of my hair. It took me great amount of strength and effort to pull myself out of his embrace. He’d say ‘I love how you smell K’. I could tell something is wrong with him,” she said in her interview.

In response, Bahl denied all allegations and instead accused Anurag Kashyap and Vikramaditya Motwane of being “opportunists” who wanted to defame, malign and destroy his career out of “professional jealousy,” reported The Economic Times.

Famous for playing some of the most ‘sanskaari’ roles onscreen in films such as Vivah and Hum Aapke Hain Kaun, actor Alok Nath’s off-screen personality seems to be quite the opposite. He has been accused of rape by writer-producer Vinta Nanda and sexual harassment by actor Sandhya Mridul. A third woman, who chose to remain anonymous, also stepped up to say that while they were working on Hum Saath Saath Hain, Nath stripped naked in front of her and stopped her when she tried to leave the room.

His wife was my best friend. We were in and out of each other’s homes, we belonged to the same group of friends, most…

Since then, his co-stars Himani Shivpuri and Renuka Shahane have issued statements about his alcohol-infused split personality. Shivpuri called his “Jekyll-Hyde” personality an open secret.

Taal Director Subhash Ghai has also been accused of rape. Twitter user Mahima Kukreja re-shared an account which was originally narrated to her by an unnamed woman, who said that Subhash Ghai promised to be her “mentor in the film industry.”

She alleged that Ghai often invited her to late-night sessions at his place of work – a two-bedroom flat, which she said he called his “thinking pad,” reported NDTV. The survivor also said that Ghai forcibly tried to kiss her and touch her inappropriately and then one day, he spiked her drink and drove her to a hotel (where she a claims a “suite was always reserved for him”), where he then raped her. In her account, the survivor said that she was “in and out of consciousness”; however, she remembers asking him to drop her home.

In a tweet, Ghai said he is “deeply pained to be gripped in this movement (#MeToo)”.

Sexual misconduct allegations against actor-filmmaker Rajat Kapoor have also been piling up. Two women shared their stories of facing harassment at the hands of the filmmaker and another woman has accused him of sexual misconduct.

The Kapoor & Sons actor later took to Twitter to apologise.

Earlier today, director Sajid Khan decided to step down from directing the fourth installment of box office success Housefull. He did so in the wake of sexual harassment allegations against him by model-actress Saloni Chopra. She named Sajid Khan, Zain Durrani, and Vikas Bahl in a blog where she provided a detailed account of what she went through.

I finally decided to share my story with you. Writing this was like re-living all that horrible past I’d chosen to let go of, but I knew if I don’t today, I may never. So here’s #metoo #MetooIndia https://t.co/brouTYIBC7

As a result, actors Akshay Kumar and Twinkle Khanna have come out in support of the survivor.

Appalled hearing multiple incidents of harassment and it is truly horrific to hear what these women have been through. Everyone involved in Housefull needs to take a firm stance on this issue. This cannot go on.

And so has the accused’s sister, Farah Khan.

This is a heartbreaking time for my family.We have to work through some very difficult issues. If my brother has behaved in this manner he has a lot to atone for.I don’t in any way endorse this behavior and Stand in solidarity with any woman who has been hurt.

Sajid Khan took to Twitter to issue an official statement where he requested his friends to not pass judgment till the “truth” is out.

“Morani came home around 7pm with a bottle of wine. I didn’t drink but he forced me to drink. Next thing I know, I wake up at 4am. I was numb and shocked. Physically and mentally, I was in a state of shock. Karim was not there. I saw there were marks on my body when I woke up,” she said in an interview with Republic TV. She was 21 at the time. She knew the Morani family and had moved to Mumbai in 2014 to pursue an acting career.

Morani hasn’t responded to the allegations yet.

Award-winning lyricist and Sacred Games writer Varun Grover was called out by a former student of Banaras Hindu University for misbehaving with her in 2001 on the pretext of working on a play.

According to reports, Sacred Games might not be renewed season two.

I completely, totally, categorically deny all the allegations being made. The screenshot in question is untrue, misleading, and defamatory to say the least. Issuing a detailed statement soon.

“I met Kailash for coffee in Prithvi Cafe to discuss a forthcoming concert where both our bands were playing and after the usual, a hand on my thigh with lines likes, you’re so beautiful, feel so good that a ‘musician got you’ (Ram) not an actor. I left soon after,” read one of Mohapatra’s tweets.

(1) I met Kailash for coffee in Prithvi Café to discuss a forthcoming concert where both our bands were playing & after the usual, a hand on my thigh with lines likes, your so beautiful, feel so good that a ‘musician got you’ (Ram) not an actor. I left not soon after. (1) https://t.co/Cfz8Hf4sdP

According to Indo-Asian News Service (IANS), Kher said he was “extremely disappointed” to hear the accusations, and that he was neither aware nor remembered the incident.

Singer Raghu Dixit, the frontman for the Raghu Dixit Project, a multilingual folk music band, was accused of sexual harassment by an anonymous woman, whose account was shared by a fellow singer, Chinmayi Sripaada on Twitter.

In a detailed statement on Twitter, Dixit said that the account of the person leveling allegations against him was mostly accurate but that he is not a predator.

Here is my detailed response to the anonymous statement against me. I apologise for any wrong doing on my part and will do what it takes to correct it.
I have complete faith in my integrity and I have been as true to myself as I can be with this response. pic.twitter.com/vHuNzQq6G0

Who else has been accused?

Other than the Bollywood big shots, All India Bakchod founders Tanmay Bhat and Gursimran Khamba have also stepped down from their positions in light of harassment allegations. While Bhat has come under attack for his inaction in the complaints against writer-comedian Utsav Chakraborty, Khamba has been directly accused of sexual misconduct.

Read: #MeToo gains momentum in India as journalists, authors and comedians are accused of sexual harassment