The wild eyed gun wielding Sonya Hussyn will share the screen with the likes of Zahid Ahmed and Mustafa Changezi for the new drama on TV One. 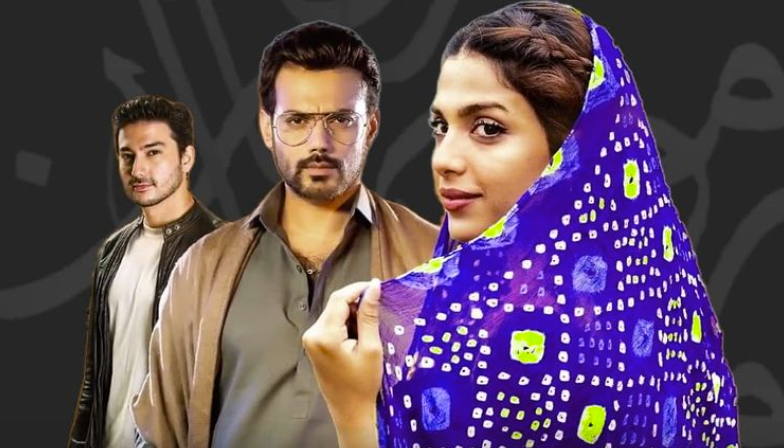 KARACHI: Over the span of the teasers for the new drama featuring Sonya Hussyn, we see her transform from a wild eyed, gun wielding desert dweller, who even men are afraid of, to a more demure environment activist at a university. If you’re confused about the transition, so are we. But that’s exactly what we see in teasers of her new drama, Mor Maharan.

In the first teaser of Mor Maharan, we see Sonya Hussyn pointing a gun at Zahid Ahmed who is supposed to be playing an arrogant landlord and an aspiring politician. With her hair blowing and the wild eyed look she has, Hussyn looks like a dream. That is until she delievers the world’s most silliest dialogue which goes along the lines that she isn’t here to take a life but to spare one. The rest of the teaser sees most of the cast sharing tension filled looks with each other with no explanation as to why. In the end we get insight into the fact that Hussyn and Ahmed’s characters will have a clash.

The second teaser gives us an insight of a possible relationship between Hussyn and Mustafa Changezi’s characters. But even more we learn how Hussyn is incredibly attached to the desert where her village is located and how she’s treated like a queen even by her male family members.

In the teaser Sonya Hussyn shared for her new drama on social media, we see her transform into a more tamed version of her character. Speaking eloquently in what appears to be an event on climate change she is giving a speech. What leads to this transition is the real question and how the two versions of her character will overlap will be an interesting story to watch.

We’re excited to see what Sonya Hussyn has to offer in the new drama. However, we’ll have to wait a bit since no release date has been announced for the drama.