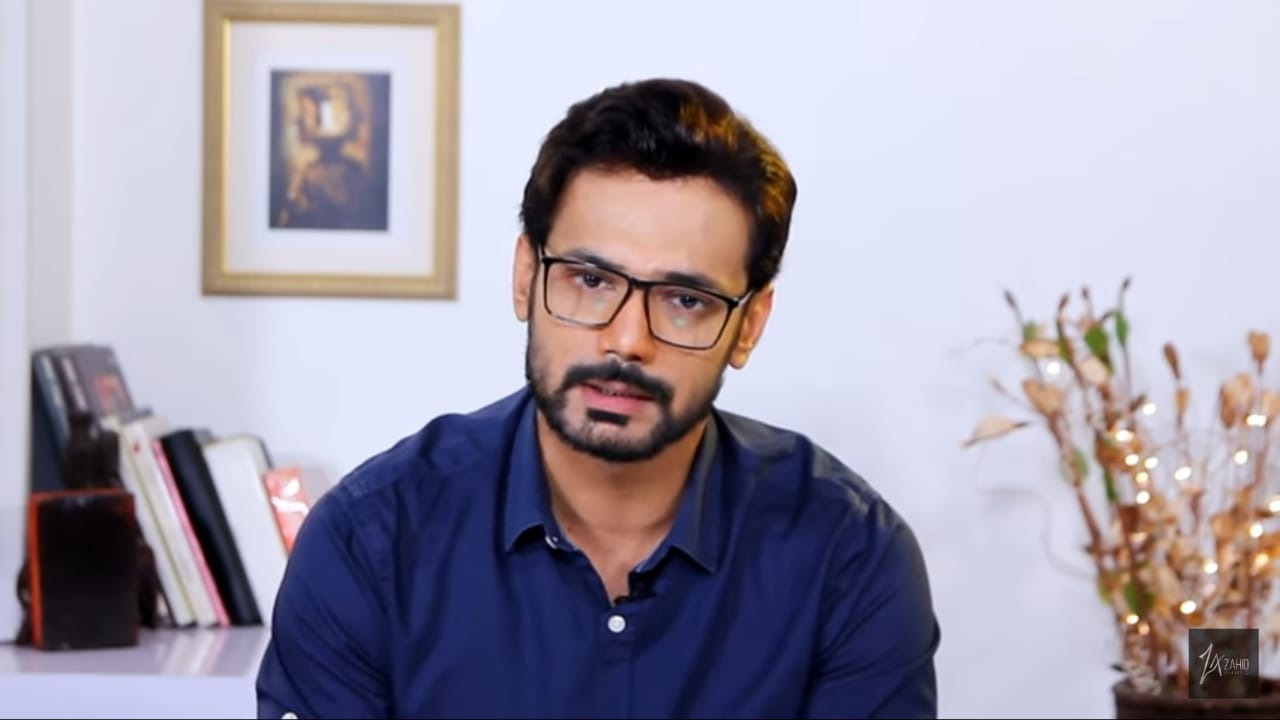 KARACHI: Many celebrities have turned towards YouTube lately, and we understand why. Film and TV show productions are on halt, actors are by themselves at home and social media is generally a good place to put out content and has been even before the pandemic swept us all in a whirlwind. Zahid Ahmed is one such name.

The actor has several hits to his credit, with his latest TV serial being Ishq Zahe Naseeb, and his YouTube channel is doing rather well too. He posts behind the scenes interviews on his set, talks about religion and opens up about his personal hurdles and challenges. However, his latest video has him opening up about a topic that celebrities NEVER talk about: he spoke about a nose job that went ‘horribly wrong’.

According to the actor, it all happened because he felt that the left side of the nose was a little different from the right side and that would affect his performance. “Whenever the camera would be on the left side, I would become conscious and nervous, and I would request the director to change the camera’s direction but I would always be told to focus on my performance and not pay attention to such foolish things.”

He then thought of opting for a rhinoplasty, more commonly known as a nose job. “It takes six months for the bone and tissue that has been cut, to heal. Those six months are very sensitive, you have to take such certain precautions,” which Ahmed claims he wasn’t able to perhaps.

Ahmed then warns his viewers.  “Things can go wrong. We think that it’s a small procedure and everyone gets it done. In my case, it went terribly wrong.”

The point of making this video was to tell his viewers about his experience so that others can learn from it. “It has been two years since this happened,” he documents. The actor had to go through another procedure after a year and now he has come to a point where his nose is nowhere near the original. He then reminds people to accept their bodies the way that they are and stop worrying over flaws that only we can see.

It takes a lot of courage to talk about such things and this isn’t the first time Zahid Ahmed has done it. In 2016, the actor opened up about his weight loss journey and getting a hair transplant and reminded people that there’s more to his story then just his physical transformation.

This picture has been circulating on many websites and people have been asking me if this is true. Well here's the…