In an interview with BBC, the new kid on the block taught us the art of saying it without actually saying it 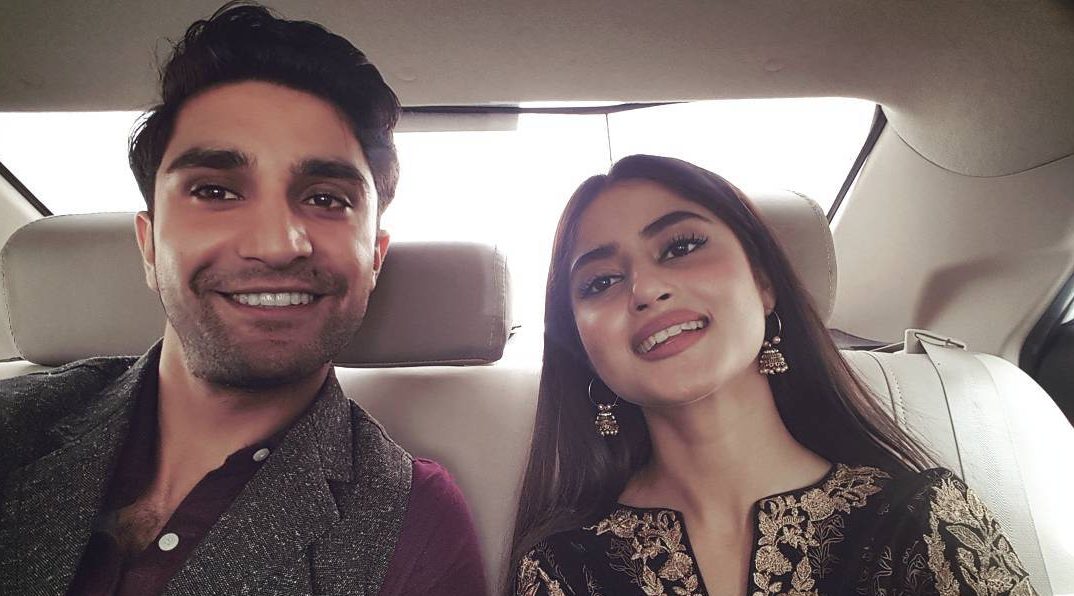 KARACHI: There’s a new kid on the block. His name is Ahad Raza Mir, and this is what he looks like:

2017 changed everything for me. So to celebrate the new year I need to thank all my fans and the amazing people in my life. You guys made my year. Nothing without your love. And so to contrast with a nice message…here's a bad ass picture. Thanks @daniyalnaqvie for this amazing shot. #2018letsgo Photographer: Daniyal Naqvi Stylist: #RaoAliKhan

Here’s what we know about him so far:

2. He bagged the Best Actor award on a local award show for his performance in the blockbuster drama Yakeen Ka Safar

3. He sings, and is part of the Coke Studio season 11 lineup

4. He is the son of Pakistani veteran actor Asif Raza Mir. But let’s not play on the nepotism angle here since he actually proved his mettle as an actor and wasn’t on the cover of Vogue for just being a star kid

5. He was recently interviewed by the BBC Asian Network

Read: 10 famous Pakistani women whose personal style is off the charts

6. His Instagram doesn’t have a blue tick yet. (Just thought we’d put it out there)

7. He is rumoured to be in a relationship with his Yakeen Ka Safar co-star Sajal Aly

I'm not one to post about winning, but I'm esspecially proud and can't help it. Thank you to all the fans (family) that has supported me and my work. Thank you for celebrating my success with me, for doubling my happiness and always dividing my sorrows. I honestly do feel like you are family. Thank you @sajalaly for your endless support and for the passion and drive in your work. You truly deserve it all and you have set the bar! Thank you to Momina Duraid for your endless faith in me. Thank you to my family. @maamaamir for all your love, @asifrazamir1 for all your guidance and @azyteam for always having my back! @sabaczar for always making me feel special. And @ramyshakiib and @shaadido for never doubting that I could do something with my life haha. So blessed to have such amazing people in my life. My friends, my family and my fans, I love you.

We’ll admit, we’re suckers for reel to real relationships. Remember all those days spent wishing Shahrukh Khan and Kajol would get married in real life? No? Maybe it was just us. But take for example Ranveer Singh and Deepika Padukone. They’re a pair we’ve all been rooting for, aren’t we? However, they just refuse to provide us with the joy of actually admitting they’re a couple. They’ll keep giving us signs. They’ll keep making news for vacationing together but they just won’t say it.

Anyway, let’s put our #DeepVeer frustration aside for a minute and talk about another duo who have jumped on this bandwagon of saying they’re a couple without actually saying it. Seriously, how difficult is it?

Justin Bieber and Hailey Baldwin did it.

They’ll keep circling around it, smirking at each other, putting up photos and captions, leaving us hanging for more.

That’s what Mir did in a recent interview.

When he was outrightly asked whether him and Aly were actually a thing in real life since they only further fuel the relationship rumours by sharing photos of each other on Instagram, the actor said: “We are huge supporters of each other” and “Time will tell”. That’s great and everything, continue the mutual support system, but what does that even mean? And how does that even answer the question!

And not just that. He went on to enlighten us with the fact that his family actually loves Aly.

In the desi world, if your parents love someone you’re working with, shadi and bachey are already on the cards whether you like it or not. So what really is Mir trying to tell us?

The dreamer in us is telling us to prep the popcorn for another insta-famous wedding. But the realist in us telling us to hold our horses and let things run their course.

Most importantly though, he didn’t deny a relationship.

Until then, back to #DeepVeer stalking.