Javed Iqbal to release on December 24

Starring Yasir Hussain as Javed Iqbal, the film is based on the serial killer who 'wanted 100 mothers to cry' 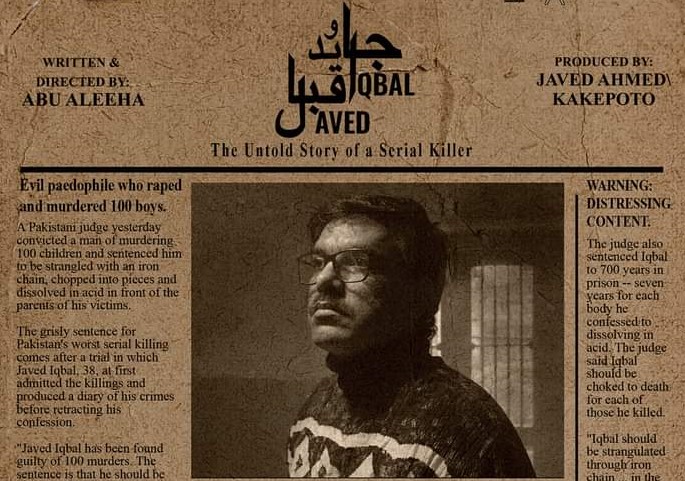 KARACHI: After the success of the first Lollywood movie to release since COVID-19, Khel Khel Mein, and Kahay Dil Jidhar’s promise to release on December 17, the next Pakistani film to have a release date is Javed Iqbal. Starring Yasir Hussain as the serial killer, the film is set to hit cinemas on December 24.

Given the nature of the topic at hand, the film attempts to break the stigma our society tends to attach with rape. With topics like these brushed under the carpet, stories of victims and their families rarely make it to the public. This movie, however, promises to tell the untold story of Javed Iqbal, a pedophile who raped and killed 100 boys.

The film has been written and directed by Abu Aleeha and produced by Javed Ahmed Kakepoto. Ayesha Omar also plays the role of a police officer in the movie. Yasir Hussain, who plays Javed Iqbal, was last seen sharing the big screen with Omar in the 2015 film, Karachi Se Lahore. On the small screen, Hussain is set to make his directorial debut with drama serial Koel.

Javed Iqbal may be a distressing watch for many and definitely not a film that should be watched by or with children. However, not all important conversations are comfortable to have. Presenting a sensitive narrative also comes with a lot of responsibility for the filmmakers. Just how much justice the team has been able to do to the 100 families that were destroyed and how maturely the topic is handled is something that we will find out on December 24.