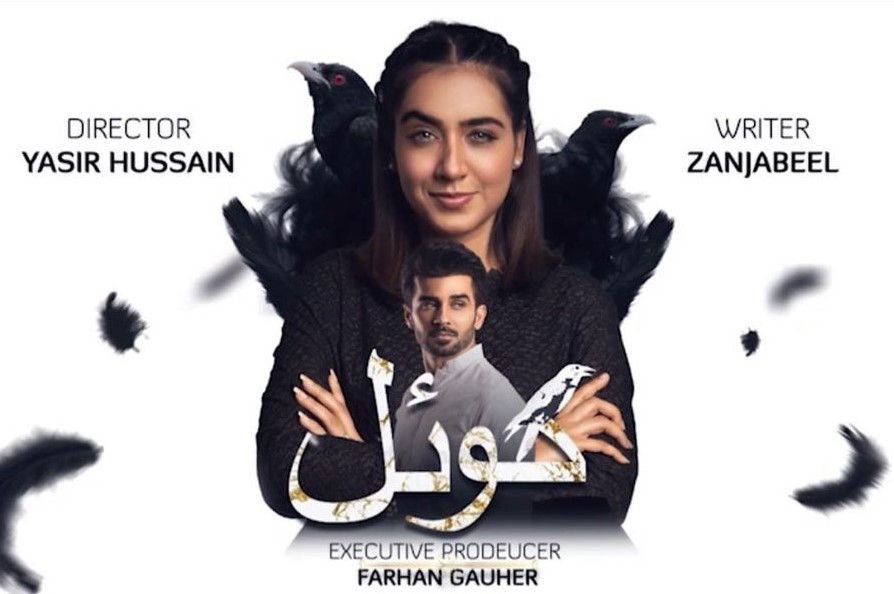 KARACHI: Earlier this year, Yasir Hussain announced that he is working on a new drama serial. What is special about the project is the fact that it marks Hussain’s directorial debut for the small screen. Hussain, who has previously directed a music video for singer Hussain Jarral is now ready to showcase his directorial skills through drama serial Koel.

Revealing the first look of his new project, the director shared a poster featuring Mansha Pasha and Fahad Sheikh. Yasir Hussain had earlier shared in a conversation with Cutacut that the drama is based on the Koel bird itself. While he is yet to share more details regarding the storyline, the poster of the drama hints towards Mansha Pasha’s character being symbolic of the black bird. Pasha stands with her arms crossed in a black attire while the birds in the background give an illusion of Pasha having wings. The actor’s sly expression further adds to the eery feel of the poster.

Other than Mansha Pasha and Fahad Sheikh, the cast for Koel includes Fareeha Jabeen, Maham Amir, Noor ul Hassan, Yasir Taj and some new faces. The serial has been written by Zanjabeel Asim Shah and produced by Farhan Gauher for Emax TV.