Netflix releases to look forward to

Here are our top picks of upcoming movies and renewed seasons on the streaming giant that we're eager to watch. 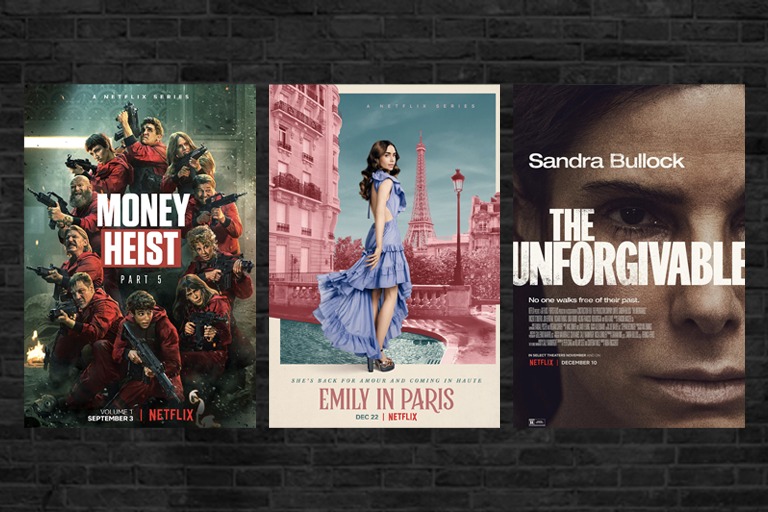 KARACHI: If you’ve binge watched all your favorite shows and movies and you find yourself aimlessly scrolling through Netflix trying to figure out what to watch next, we’ve got you covered. Here are 3 new upcoming Netflix releases for you to look forward to. From a murder mystery to a brand new chapter right down to the season finale of our favorite show, here are the new Netflix releases to look forward to.

After months of agonizing over the way Money Heist ended Volume 1, fans are counting down the days till they learn about the fate of their favorite gang of robbers. With a key character dead, a heist that is going all sorts of wrong, to vindictive forces out to get each other, there’s no denying that the final season of Money Heist will be one to remember!

Emily in Paris is coming back with a bang with season 2. The last we left Emily (played by Lily Collins), she was still trying to figure out her footing in the City of Love. The trailer for the new season promises a whole lot of drama with her one night of passion coming back to haunt her, a new love interest that will make us swoon, stronger friendships even with the most unlikely of people and a whole lot of crazy fashion to look forward to!

This movie is one of those new Netflix releases with a stellar cast that has us excited. Starring Sandra Bullock in the lead, the murder mystery follows Ruth Slater who gets out of jail after 20 years after murdering a police officer. Several people were affected by her crime and so naturally there is a lot of bitterness associated with her release.  But that doesn’t stop her from seeking out her younger sister who she claims she was protecting when she murdered the cop. But things aren’t that easy since the sons of her victim are also out for revenge. It’ll be interesting to peel back the layers of this complex plot with actors like Viola Davis acting in the movie.