The Emily in Paris season 2 first look is finally here

With fancier locations, more chic outfits and a new love interest, Emily in Paris is back for season 2 and here's what the first look tells us. 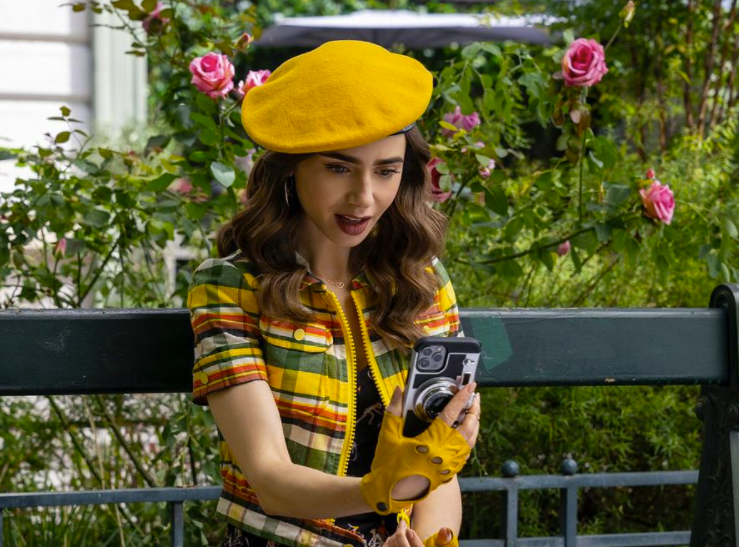 KARACHI: The French absolutely hated the Netflix romantic comedy Emily in Paris. To summarize exactly how they felt about it would be as follows, “Name a cliche about France and the French, you’ll find it in Emily in Paris.” Yet, that didn’t stop Netflix from renewing the show for a second season and much to the delight of fans who binge watched the show as a guilty pleasure, the first look for Emily in Paris season 2 is finally here.

Emily in Paris followed twenty something Emily (played by Lily Collins),  who moved from Chicago to Paris for her job. But things aren’t as easy as she thought they would be. From love triangles, to a hostile work environment to fashion disasters, Emily lives through it all.

Read: Emily in Paris: What’s the hype all about?

The first look at Emily in Paris season 2 promises everything that we loved about the first season but doubled. Fancier locations, more chic outfits, new food and a possible new love interest for our beloved Emily. The first look confirms that Emily’s girl gang (Mindy and Camille) are by her side in the season 2 adventures. We also know that Emily has a new love interest this season called Alfie. It’ll be interesting to see what that means for her relationship with Gabriel. It seems as though season 1 favorites Antoine, Sylvie, Luc and Julien are also going to be back in the second season and if we’re being honest, the show wouldn’t be the same without them.

As excited as we are for Emily in Paris season 2, we’ll have to be patient. As per Netflix, the second season’s release date is set to be December 22nd. Till then we’ll hope for a longer trailer to help us make it through the wait!