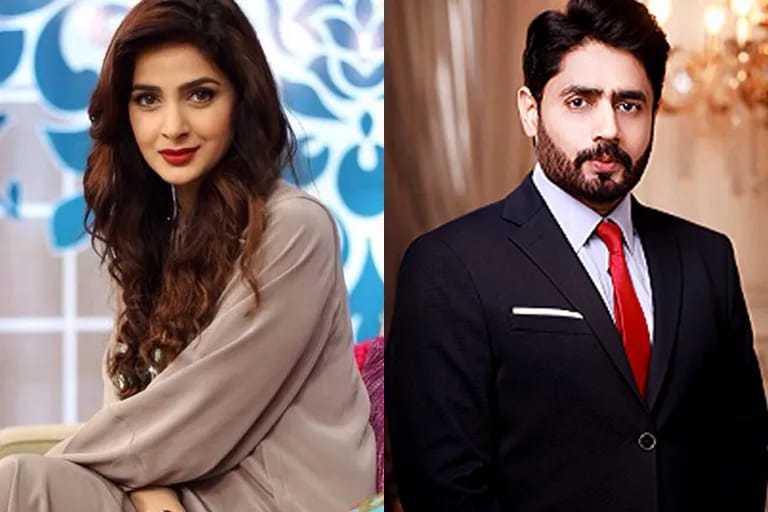 KARACHI: Earlier this month, Saba Qamar hinted towards a number of upcoming projects that included new dramas as well as collaborations with singers like Asim Azhar. Qamar had also hinted towards a collaboration with Abrar Ul Haq through some fun behind-the-scene clips. While the nature of their project was earlier unknown, Abrar Ul Haq has now revealed his latest song, the music video for which stars Saba Qamar. Titled ‘Begum Shak Karti Hai’ (My wife spies on me), the track aims to tell the story of an average Pakistani couple in signature Abrar Ul Haq style.

From the teaser of the music video, it is obvious that Saba Qamar plays a wife who is doubtful of her husband and spies on him. The very title of the song suggests the same. In the thirty-second teaser, she checks her husband’s phone, tracks his location and sends a drone after him. Haq’s lyrics describe the same scenarios, accompanied by a catchy beat that immediately reminds one of pop Pakistani music ten years ago or so.

Given that it is an Abrar Ul Haq song, one can expect the track to be humorous, as suggested by the music as well. The caption of Haq’s Instagram post dedicates the song to those ‘who are too much married’. He chooses to call men ‘Run Mureed’, hinting towards the local term ‘zun mureed’ that typically translates into a man who is bound to his wife, almost like a servant. Haq suggests these men run away.

While one can expect the song to be enjoyable, we are not entirely sure how well the lyrics and concept are going to sit with the masses. Pakistani audience is slowly but gradually moving towards more responsible narratives. Women are fighting everyday to be heard and get out of abusive marriages or households. Songs like ‘Begum Shak Karti Hai’ might contribute towards gaslighting women once again. Haq’s remarks on mothers playing Baby Shark to soothe their children, specially, have brought him under scrutiny amongst viewers. If his latest track criticizes women as well, the joke might not sit well with many.

However, we hope Abrar Ul Haq’s fans are in for a pleasant surprise once the full song is released.