The show could have reached its conclusion weeks ago but better late than never? 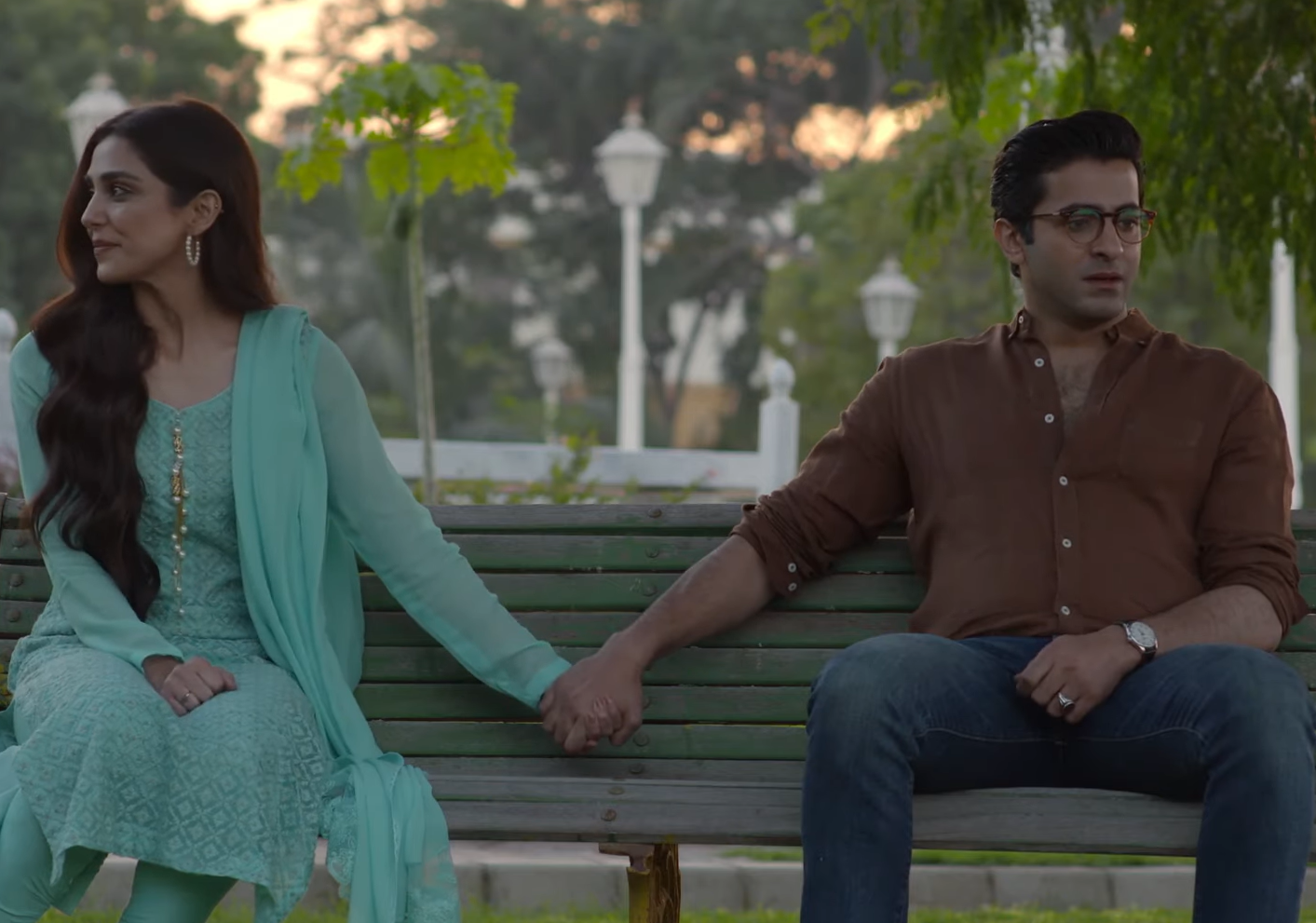 KARACHI: Pehli Si Mohabbat started off as one of our favorite dramas. With a star-studded cast that included Sheheryar Munawar and Maya Ali, a catchy OST, and an old-school romance at the heart of it, the show ticked all the right boxes when it began. However, after being dragged for weeks, Pehli Si Mohabbat became run-of-the-mill. It was easy for viewers to lose interest in the storyline which was going in circles and the characters were losing their charm as well. To the relief of many, Pehli Si Mohabbat finally came to a conclusion on October 9, and safe to say, the last episode acted as a saving grace for the project that was otherwise set to go downhill.

The last few episodes of the show revolved around older versions of Rakhshi (Maya Ali) and Aslam (Sheheryar Munawar) both of whom were married to different people, and had not seen each other in years. In a rather awkward turn of events, Rakhshi’s stepdaughter falls in love with Aslam’s younger brother. With the two of them getting married to one another, Aslam and Rakhshi are once again brought together by fate. The two leads are clearly still head over heels for one another but of course, life has dealt them very different hands.

The last episode of the drama does complete justice to the title of the show, Pehli Si Mohabbat, as Rakhshi and Aslam, both, come to the conclusion that any sane adult would have come to. After acknowledging their love for one another, they agree that they cannot continue to pursue each other. In a beautiful last meeting at the park, the two characters cry, laugh, and spend a day together that their younger selves never got to experience.

37 weeks into the drama, Maya Ali finally delivered her best as she brilliantly portrayed the numerous emotions that Rakhshi felt while spending the day with her beloved. Sheheryar Munawar, however, who had conveyed some brilliant scenes as Aslam fell flat in the last episode. While Maya Ali’s acting seemed natural, Munawar’s looked rather calculated. Rakhshi also won massive respect for her dialogues in which she tells Aslam that she does not want to hate his wife, Bushra. Rakhshi wants to remain Aslam’s first love and not become the ‘other woman’. Pehli Si Mohabbat deviated from the otherwise popular narrative of pitting women against one another and the audience could not be more proud,

Im so happy Writer Faiza Iftikhar chose not to go the dusri Bivi direction this time ( remember Angan) This is a realistic & actually more meaningful ending , Sigh if only #pehlisimohabbat had been shorter but there is a lot of pressure for lots of episodes to justify budgets

While we are proud of Rakhshi and Aslam for making the right choices, we are also frustrated by Bushra (Aslam’s wife). Not only is her self-sacrificing nature too much to deal with, but she also forces Aslam to meet Rakhshi when he has clearly come a long way. Bushra’s desire to see her husband get married to someone else just because she feels he is incomplete is annoying and unrealistic. Despite constant reassurances by her husband, Bushra refuses to accept what Rakhshi and Aslam accepted years ago.

Perhaps the most amusing moment of the drama came in the last scene. As Rakhshi and Aslam meet again as in-laws, they stand together on stage for a family picture. With the two leads smiling at one another with a sense of contentment, in the middle stands Akram (Aslam’s elder brother played by HSY). The frame brings the story full circle in a humorous manner. What started off as a war because of Akram stepping in, ends with Rakhshi and Aslam still being separated by Akram standing between them. 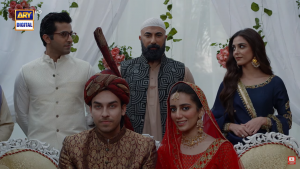