5 movies/shows to watch if you enjoyed Squid Game

If you binged watched Squid Game and are looking for something similar, these are great options to explore. 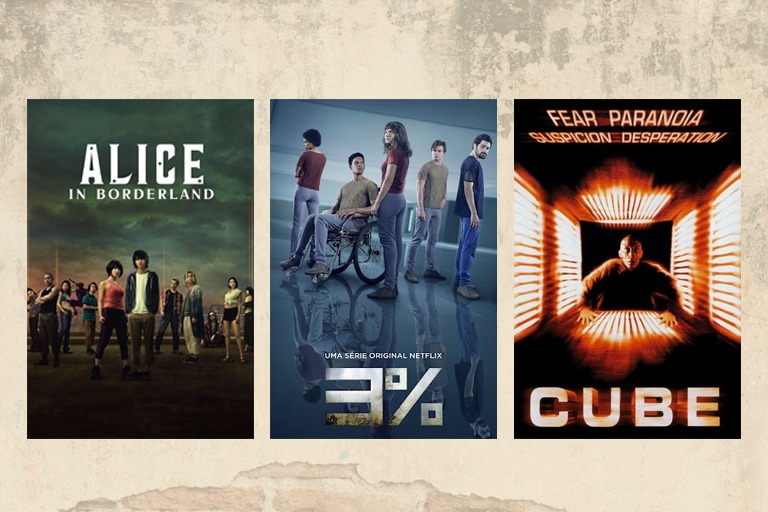 KARACHI: The Korean drama series Squid Game took the world by storm and in no time became one of the most watched Netflix series to date. Most people binged watched the series and once it ended, they were left with one major question: what could they possibly watch that was as good as Squid Game? As it would turn out, there are a few options in terms of movies/shows that you can watch post your Squid Game high. Here are our picks:

This Japanese thriller series has a fairly similar plot to Squid Game and some fans even go as far as to say the games are a bit more creative in this show. It has even been renewed for a second season.

Alice in Borderland follows obsessed gamer Arisu and two of his friends as they find themselves in a parallel version of Tokyo. The city is empty and they have to compete in extremely dangerous games in order to survive. Alice in Borderland is dark and edgy and is the perfect fix for your Squid Game withdrawals.

3% is set in a post apocalyptic Brazil where, with the expectation of 3% of the population, people live in squalor. The elite 3% on the other hand live on Offshore, a “paradise” of sorts, away from the suffering and poverty.

The show follows a group of 20 year olds who find themselves in a state of the art testing facility where they’re pitted against each other in tasks that if they complete will give them a chance to join the elite 3%. The show has been successful and with 4 seasons to catch up on, you’ll have plenty to watch.

Battle Royale is considered to be the OG survival game concepts. Quentin Tarantino lists the movie as one of his favorites while Squid Game creator listed the movie as his inspiration for his own show.

A group of high schoolers, who live under the totalitarian government of the Republic of Greater East Asia, find themselves on a remote Island where they have to fight to survive for the next three days. There can only be one man standing at the end of the three days and if not, they will all be killed. The movie came with its fair share of criticism for being extremely violent and for the choice of the characters being 15 year old’s but in the end it remains a favorite cult classic.

This Canadian survival movie is yet another cult classic dating back to 1997 and is still popular today. So much so that a Japanese remake is in the works.

A group of strangers find themselves trapped in a cube like room with no idea how they got there or how to get out. It soon becomes clear that the cube that they’re trapped in is full of traps set out to kill them. They learn they need to work together and use their unique skill sets in order to figure out how to get out and why they ended up in the cube in the first place. But will the pressure and the desperation to survive get the best of them?

The Circle is an American movie that has all the elements of sci-fi, thriller and phycological horror that will keep you hooked.

The movie follows 50 strangers who find themselves in a dark room, each assigned a spot to stand. They can’t move away from their spot and they definitely can’t run away. To add to their misery, every two minutes the lights are cut and one person from the group is killed. The strangers soon realize they need to vote out players in order to survive and only one can survive. Torn between their ideals and morals, the strangers make choices they never thought they would have to.

And so there you have it. A new list of shows and movies to keep you on your Squid Game induced high.