The track is a part of Siddiqui's fourth album 'Dead Beat Poets: Side B', set to come out on September 19 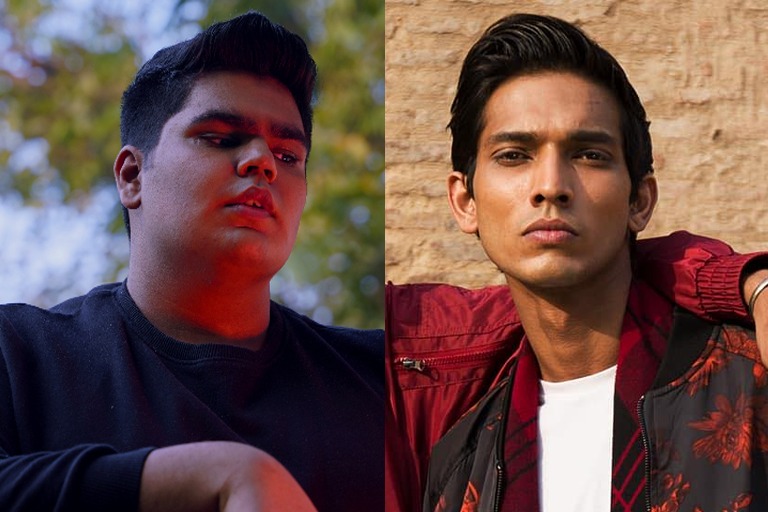 KARACHI: Abdullah Siddiqui and Talha Anjum have both been picking up pace in their respective genres. Both artists are young, fresh yet very different in what they bring to the table. Hence, a crossover between the two had music enthusiasts excited and safe to say, ‘Surface‘ is definitely a treat. The song has been produced by Siddiqui himself while he shares the vocals with Anjum, who has co-written the track.

Abdullah Siddiqui contributes towards the song with English lyrics which seem to be his forte, while Talha Anjum brings his best rhythm to the table with Urdu lyrics. The lyrics beautifully transition between the languages with each singer complementing the other while also holding their own ground.

‘Surface‘ seems to reflect the mess and personal struggles that Abdullah Siddiqui seems to have gone through in the past year. The lyrics hint towards pain, a broke individual who wants to reach out to a loved one for help and feel like they are worth saving. Siddiqui admitted his struggles in a recent Instagram post in which he revealed the tracks for his upcoming album. “I made this album in a time when my professional life was the best it’s ever been and my personal life was collapsing altogether. So I allowed myself to translate that messiness into sound, and to let go of some of the meticulousness that’s defined my work in the past. And I really hope you can find yourself somewhere in that mess and connect with me,” wrote the 21-year-old singer and producer.

After the success of his previous album, Dead Beat Poets, Siddiqui shared that he has decided to call his fourth album ‘Dead Beat Poets: Side B’, a follow up of the third album. ‘Surface‘ is the first track of the album to be released while the full record is set to come out on September 19. Other songs listed down by Siddiqui are ‘City Lights’, ‘Smokebox’ , ‘Blood went Bad’, ‘Tourist, Halo’, ‘Orchestra’ and ‘Freehand’. “I made very little effort to make this record sound consistent; the opening track is almost a rock song, another track is completely orchestral, while the closer is a 3D audio piece constructed mostly of foley,” he further revealed.

Siddiqui has been acing his production game as well with his latest work being Meesha Shafi’s ‘Hot Mango Chutney Sauce’. Talha Anjum, on the other hand, recently released his track 9MM. The Young Stunners’ rapper has also been ruling the music scene with ‘Why Not Meri Jaan’, Pepsi’s latest campaign featuring the rap-duo.