The star studded music video, the catchy lyrics, the subtle shade and the stunning visuals will leave you chanting the chorus over and over again. 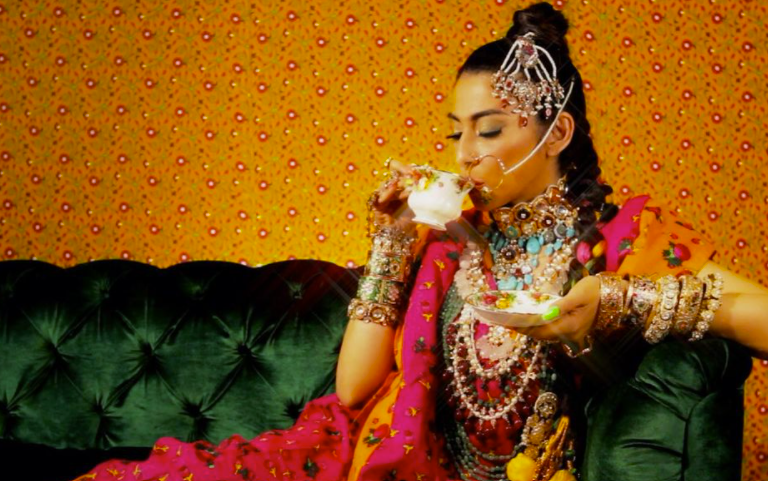 KARACHI: On the 9th of September, Meesha Shafi dropped a bomb with news about her new song that got fans excited, and now as the song has come out, we can safely say the hype was real. Meesha has released her latest song, called ‘Hot Mango Chutney Sauce’, and the title rightly reflects what it is all about.

A few days prior to Meesha Shafi releasing the song, the teasers of the star studded music video ‘Hot Mango Chutney Sauce’ were to be seen all over social media. They revealed that the music video features dynamic and powerful women including models Eman Suleman, Rubbab Ali, Baemisaal and Zara Peerzada with the star who has made an impact on Instagram, Swineryy.

Following the exciting teasers we were led to a song with a very catchy hook and we could not stop saying ‘HOT MANGO CHUTNEY SAUCE!’ It is safe to say that the chorus of the song has been stuck in our heads ever since it came out. The exciting beat and captivating lyrics is what give this song life and make it memorable. The lyrics are a mix of Punjabi and English with a desi twist. These lyrics exude power, strength and hope.

However, the excitement of the song is short lived as it lasts only for the first half of the song. The beat drops and the line ‘sab karlenday if they could’ is specifically repeated several times at the end. This line would probably work better in the first or second verse instead of at the end as the effect feels forced. Although the ending may have felt abrupt, Swineryy’s addition gave it the closure we needed. We also appreciate the subtle nod to what seems to be a much larger issue, than described in the music video.

There is a lot to unpack when it comes to the music video. From the styling to the visuals, it is a very interesting watch. We see that the stylist has an interesting take on traditional wear as they have added a modern touch, making it a very unique look. We can assume that the inspiration behind the combination of colours, comes from truck art and Pakistan’s beautiful culture.

In conclusion, this song is what you should be expecting the next time you turn your car radio on!