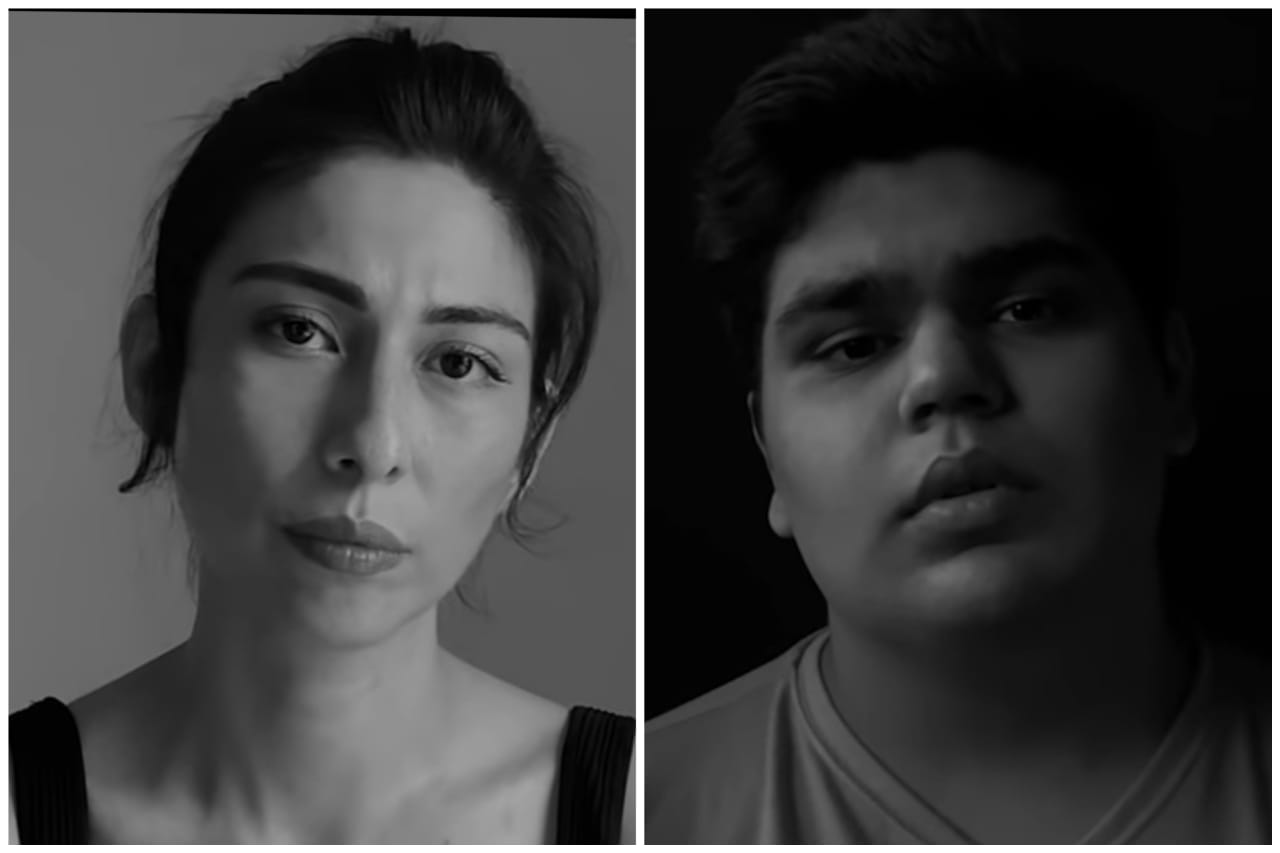 KARACHI: There’s just so much to say about Abdullah Siddiqui and Meesha Shafi in their newest song, ‘Magenta Cyan’. Produced during the pandemic, the video has been shot on an iPhone and directed by both Meesha and Abdullah.

At first glance, ‘Magenta Cyan‘ seems to be a love song. “I’ll be the best mistake that you make, I’ll be an easy heart you can break. I’ll be your lifeline,” sing Abdullah and Meesha, perfectly complementing each other’s vocals.

However, magenta cyan refers to the colours red and blue, without which life would pretty much be black, white and grey, as depicted in the video. “There’s no way out for me,” sings Abdullah as the song picks up pace towards the end, possibly talking about how difficult it is to escape abusive, co-dependent relationships as they have an almost hypnotic affect on those who get trapped in them.

The video perfectly captures the loneliness and lack of colour in one’s life after being drained from such a relationship.

This clip from ‘Magenta Cyan’ (link in bio) is a visual translation of what the fog of toxic love leaves us feeling. Shot through the sensitive, vulnerable eye of @bashiraintoronto and edited by @abdullah.s.siddiqui to create this hypnotic depiction of being both way in over your head and slightly out of your mind at the same time. There is beauty in pain…. but once we start drowning in it, we lose our sense of self. Toxic love teaches us so much. About what we want but more importantly, what we don’t want. But to get to that point, one has to first survive it. And find one’s way back to clarity. I’ll be the best mistake that you make, I’ll be an easy heart you can break, I’ll be your lifeline…. I’ll be your lifeline. *written by @abdullah.s.siddiqui – The Psycho!

She also comfortably shifts between modern and classic, singing in English and then dancing a modern interpretation of kathak.

Here’s a little #BTS of my online rehearsals (in Toronto) with the amazingly awesome, fluid, sensitive, strong, beautiful, gentle, creative and generous @suhaeeabrodance (in Italy) I can’t think of anyone more perfect to have translated this song into body movement and choreography, with a modern interpretation of kathak, which still retains the traditional and classical flavors of the discipline. @suhaeeabrodance you are AMAZING! Can’t thank you enough for being a part of this 🙏🏼❤️😍✨ This video was conceived, choreographed, shot and edited remotely during lockdown for ‘Magenta Cyan’ with @abdullah.s.siddiqui (in Lahore) Releasing on Saturday the 5th of September! #dance #kathak #music #multidisciplinaryartist #musicvideo #newrelease #newsong #comingsoon #MeeshaShafiLIVE #culture #art #performingarts #southasianartists #singer #dancer #desi #english #bilingual #desidiaspora #desidiasporaart

The 18-year-old Abdullah is such an underrated artist. He first shot to prominence in 2018 with ‘Resistance‘, which earned him a Lux Style Award nomination as well as an appearance on Nescafe Basement. While his vocals don’t sound very different from 2018, (except the maturity that comes with age), his musical style has come a very long way in a very short span of time. In only a matter of two years, Abdullah has created a unique sound that is unlike anything Pakistani artists are producing right now.

Magenta Cyan is one of the best things to come out of 2020. Take a bow, Meesha Shafi and Abdullah Siddiqui.