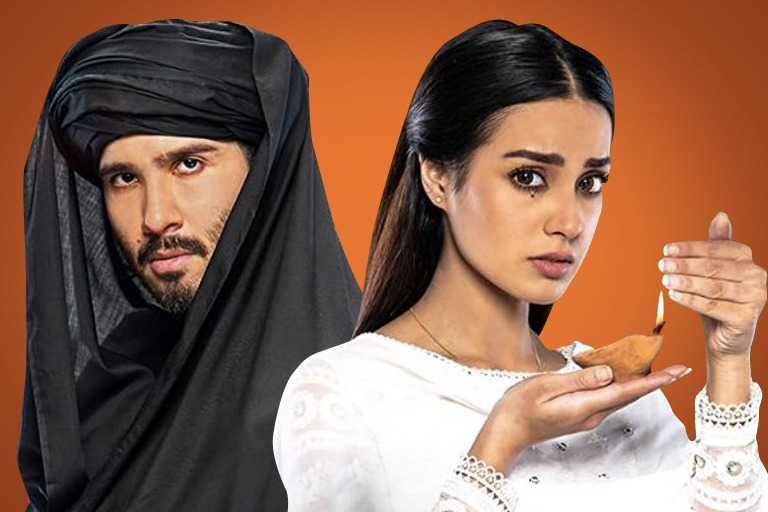 KARACHI: Medialogic Pakistan has once again gathered data from various channels and dramas to list down the top-rated dramas of August 2021. Many of these were on our list of top dramas of July 2021 as well, proving to be audiences’ favourites for two consecutive months. Some dramas on the list include Rang Mahal, Bechari Qudsia, Khuda Aur Mohabbat 3, and Pardes that had its final episode aired last night.

The ratings come just in time as Pardes aired its last episode on September 13 and has managed to secure a spot amongst the most watched dramas. The Affan Waheed and Dur-e-Fishan starrer may have concluded on a predictable note but the family drama definitely tugged at its audiences’ emotions, specially those who are away from their loved ones. Sarmad Khoosat and Affan Waheed’s characters as male leads were a breath of fresh air as well, given the otherwise toxic and abusive characters that we get to see on our television these days.

After Pardes, Ishq Hai is another drama that is set to wrap up on ARY Digital given that its last episode will air tonight. The storyline may have had many toxic characters but the project’s success is evident in its ratings. The on-screen chemistry between Minal Khan (as Isra) and Danish Taimoor (as Shahzeb) has many rooting for their characters to find their way back to one another. Now that Shahzeb knows that Isra is innocent and that his mother and cousin are the real culprits, it will be interesting to see if he tries to win her back, or lets her go, as suggested by the teaser of the upcoming episode.

The only channel to compete against ARY Digital for the top-rated dramas of August 2021 is Geo Entertainment. With six of its dramas listed amongst the top 10, the channel seems to be serving its audiences exactly what they want to see. Drama serial Dour has also secured a spot amongst these most watched dramas. Yet another love story with its protagonists being blackmailed and trapped by evil characters, Dour has been interesting to watch because of Azfar Rehman and Sania Saeed’s characters. Both actors have taken up unconventional roles and gone one step ahead with their acting skills.

Consistently topping the rating chart, Iqra Aziz and Feroze Khan-starrer Khuda Aur Mohabbat 3 continues to amuse audiences with its intense drama and emotions. In the recent episode, Farhad’s (Feroze Khan) mother (Asma Abbas) is finally reunited with her son who has distanced himself from the world. Mahi (Iqra Aziz) on the other hand wishes to see him living a happy life while she has once again surrendered to her family’s decision for her. She has agreed to marry her late husband’s brother Sikandar (essayed by Junaid Khan) while courtesan Romana (Tooba Siddiqui) has fallen sick after parting with him. Let’s see what fate holds in store for Mahi.

Sehar Khan and Ali Ansari starrer Rang Mahal is the top most drama out of the list. The drama that airs on Geo Entertainment daily has audiences hooked to their TV screens. Mahpara (Sehar Khan) is winning hearts as she becomes an empowered woman who is vocal and takes a stand for herself. While people have been commenting that her character’s evolution does not necessarily needed a switch from eastern to western attire, which is very stereotypical, we like how she shows her vulnerability around those she is comfortable with. Asim Mehmood as the guy who is genuinely in love with her is the kind of men we need to see more of on television.