A look into recent episode of Pehli Si Mohabbat

Here's what we loved about the episode and what we didn't. 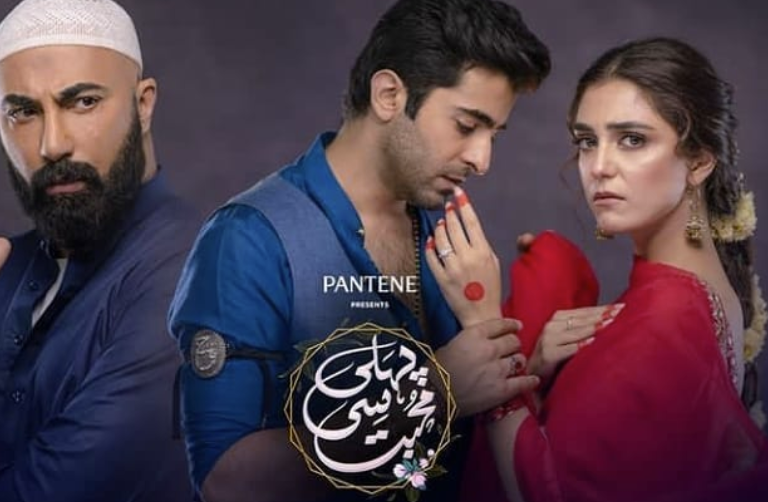 KARACHI: With Pehli Si Mohabbat back with episode 33, it seems as though the drama is going to be drawn out for as long as possible. If you’re someone who’s lost interest in the drama but still want to know how it’ll come to an end we’ve got good news for you: we’re still watching it. So here’s a recap of the recent episode of Pehli Si Mohabbat with all the things we loved about it and all the things we didn’t.

What we loved: Nargis’s truth bombs and shade

There’s no denying that Nargis has been a fan favorite throughout the thirty three episodes of the drama. Rabia Butt’s spectacular performance set the bar for what a strong woman should be; she broke through the stereotypes of the typical evil stepmother.

But in this episode in particular, we were in awe at the amount of shade she threw at Faizullah for all that he did to his daughter in the name of izzat (respect). She called him out for trying to act like he was on Rakshi’s side when he said he would allow her to marry Aslam when in reality he was trying to save face and his izzat.

But the absolute best part was when Nargis tells her husband that at one point she had wanted nothing more to be a mother but after seeing how Faizullah treated his daughter, it’s the last thing she wants now. She told him she fears having a daughter because like Rakshi she would have to carry the burden of Faizullah’s izzat and if she had a son she fears he would turn out to be like his father and be the flag bearer of a woman’s izzat. Talk about intense!

What we didn’t love: Murad and Sikandar’s final encounter

Now we get that Zainab wasn’t the greatest when it came to expressing her emotions, especially to her husband. But by the time she passed away, everyone knew that whatever she did was because she did love her husband and brother.

But for Murad to need to hear it from Sikandar was a bit much. Sikandar was the villain and didn’t need to be the source of closure for the grieving family.

What we loved: Akram’s personality change

The second half of the episode was an 8-year time jump. We see that Aslam ends up marrying Bushra and has a daughter. He also moved away from his family to start afresh.

He has a rocky relationship with his childhood home and isn’t keen on going back even for his sister’s death anniversary. But his elder brother Akram is over the moon that his brother is coming home. Akram goes from a rigid and stoic elder brother to a grumpy old teddy bear. He fusses over arrangements for Aslam’s arrival and his taunts towards Ahmed aren’t the same as they used to be.

He also shows his soft side when he talks about both his mother and sister and how he can’t leave the city on Eid because he needs to visit their graves.

Best yet was when he talked about how times have changed and it’s better that kids find their own partners. All that we had wished from Akram finally came true. Better late than never.

What we didn’t love: Bushra not staking her claim with Aslam

It’s been eight long years since the Rakshi and Aslam love saga came to an end. An end that Aslam chose for them. And so to watch him pine after his lost love and not be able to stand his childhood home earned more groans that sympathy. But that wasn’t the worst part.

The worst part was that Bushra enables her husband’s obsession. Rather than telling her husband that enough is enough and she won’t stand him pining after another woman, she tells him it’s okay to think about her? And then she goes on to tell him not to feel as though he’s bound to her? Sis, he’s your husband. You need to remind him of that and tell him to get over Rakshi.

With episode 33 of Pehli Si Mohabbat recently gone on air, fans now are left to wonder just how many more episodes are left for the long drawn out love saga to finally conclude. Although the latest episode did give fans a few treats, how much more can they drag it out? We’ll just have to wait and see.