With three months left for the final part of the show to air, fans can't help but theorize about what is in store in the final season of Money Heist. 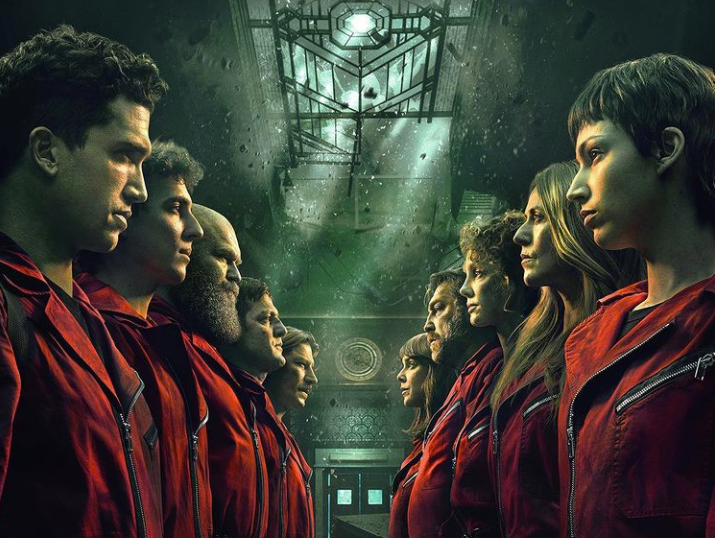 KARACHI: After a long wait, Money Heist fans were treated to the first part of the season finale. However, at the end of the fifth and final episode of Money Heist season 5 (part 1), fans were left in shock and wondering how they’re going to spend the next three months waiting to know what happens to the gang of robbers who have been to hell and back in the Bank of Spain. So, naturally the fans turned to discussing theories about that will happen and here are our picks of the top three fan theories that are actually possible. Be warned, spoilers await you.

Character deaths are hard and if the character is one of the main ones, fans are often left in a state of denial. Which explains why after the fifth episode of Money Heist season 5, fans were unable to believe that Tokyo could actually be dead. Instead they came up with theories which suggest that she might have survived the gruesome death we saw in the final scene.

Now personally I feel this is a bit far fetched. Tokyo literally made the ultimate sacrifice by detonating five grenades to eliminate the Special Forces, who were the gang’s biggest threat, from inside the bank. There’s no way she could have survived that attack. And if she survived, that means Gandia and the rest of his team did as well.

However, many fans disagree.

One theory begs the question: why would the show kill off one of their main characters? And to strengthen this theory is the argument that if Tokyo really died, how is she narrating the events of the heist? Another theory suggests that the show hasn’t ever shied away from showing deaths. Nairobi’s execution is a prime example. So, if Tokyo’s death was intended for shock value, why kill her off screen?

Fans are divided and we will only know what fate had in store for the protagonist when the final volume is released.

2. Alicia Sierra will join the team

As despicable as she is, there’s no denying that Alicia Sierra is a force to be reckoned with. Nine months pregnant and she still managed to bring three grown men down to her mercy. The last she saw of the rogue cops was when she was sneaking a plier up her sleeve while the world was crumbling around the Professor and knowing Sierra, that’s never a good sign.

However, many fans believe that she’s at a stalemate. There’s no way she can overpower the Professor, Marseille and Benjamin and escape with her child. That too, literally right after she gave birth. So, her next best move is to help the gang against their common enemy Tamayo and once they’re in the clear she will release the audio and bring Tamayo down once and for all.

However, an alternate theory is that she can potentially screw the heist up for the gang. She might use the Professor’s vulnerable state to overpower him, release the damning voice note against Tamayo which will result in him releasing his full wrath on the team.

It’s going to be interesting to see how her storyline will play out in the final volume of Money Heist season 5.

3. Berlin’s son Rafael will be the key to the gang’s success

In a series of flashbacks we get to witness Berlin training his son to be able to take part in heists with him. But in the span of the five episodes we never see him in present time and we never really understand what these flashbacks have to do with the current heist. Plus there’s the haunting question of who is Tatiana and is she Alicia Sierra?

The theory is that with the gang in a predicament which is becoming clear that escape is almost impossible, Tatiana and Rafael will come in and save the day. Whether they’re a part of the Professor’s plan or if they’ll come as a surprise is a major question but fans are sure that they are the key to success.

Volume 2 of Money Heist season 5 is set to air on 3rd December and we’ll have to wait and see which theories will be a hit and which ones will be a miss.