A story of greed, deception and heartbreak, the drama is set to air on Express Entertainment from August 10 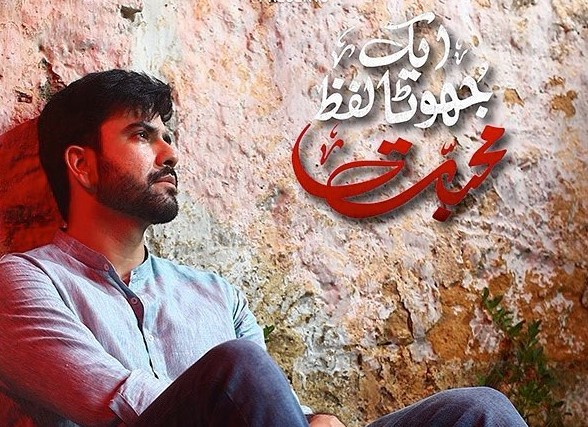 KARACHI: Actor Junaid Khan continues to add to his list of projects, be it through music or drama. The latest addition to his acting assignments is upcoming drama serial Ek Jhoota Lafz Mohabbat. Directed by Syed Zeeshan Zaidi, who directed Nand, and written by Mamoona Aziz, the serial is set to air on Express TV from August 10. While posters and teasers have been shared by the channel and cast alike, Cutacut got a chance to hear more about the project from Junaid Khan himself.

“Because of certain circumstances, two people who love each other are unable to develop their relationship, due to a catastrophe. Then there are two friends who have to get married to each other because of that incident. There is weird chemistry between them since the two were really close friends who were not prepared to get married,” revealed Khan. From what one can gather from the teasers, the friendship Khan is referring to is that between his character, Maaz, and his cousin, Aliza, played by Amna Ilyas. One of the teasers shows the two getting married under unusual circumstances, with neither of them looking pleased with the decision.

“My character (Maaz) is a very loving man belonging to a normal middle-class family, one who loves with all his heart. But when he goes through heartbreak, he becomes emotionally disturbed. There’s a lot more to the story but that’s all I can reveal for now,” concluded Khan.

While conclusions cannot be drawn about other characters yet, Amna Ilyas as Aliza seems to be playing the obedient daughter, while Aiza Awan is the rebellious one, and clearly materialistic. Emmad Irfani also makes an appearance in the teasers, in the form of Awan’s love interest and stands in stark contrast with Khan’s character with his wealth. Perhaps Parisha is the name of Aiza Awan’s character, the girl Maaz is deeply in love with and is unable to forget.

Ek Jhoota Lafz Mohabbat won’t be the first time viewers will witness Junaid Khan playing the role of a kind-hearted, middle-class man who has to fight for his love. Nor are forced marriages, especially between cousins, a foreign concept for our audiences. But in order to see whether the storyline has something new to offer or not, we will have to wait for the drama to go on air next week.