Between wobbly camera shots, absentee fathers and cake that had no reason to be there, the show finally came to an end 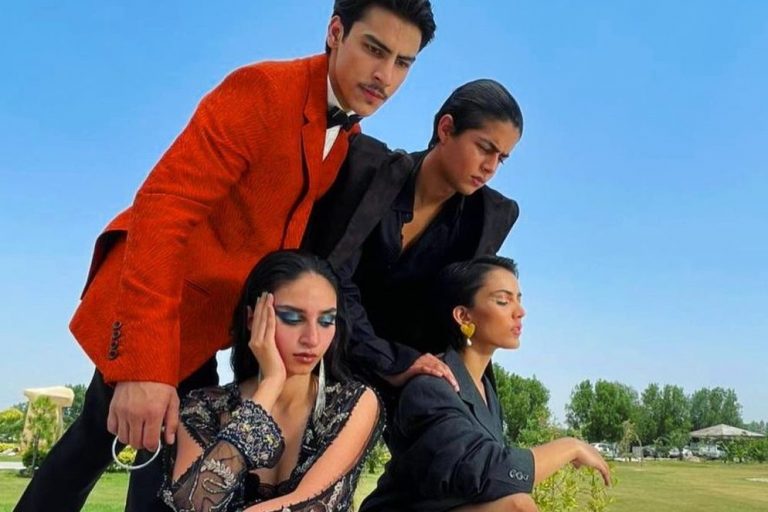 KARACHI: Midsummer Chaos finally came to a chaotic end with the episode 5 finale and the web series stayed true to its name and remained chaotic till the very end. If I’m being honest, I have way too many questions and not enough answers and I’m ready to start a petition for season 2 just so those questions could be answered. In case you haven’t watched the episode and in case you don’t want to watch the episode, here’s a run down of what actually happened.

To start off, Haris finally decided to get help and see a therapist. Which is great because the poor kid was going through an existential crisis at 17 and was obsessed with his best friend. Not to mention he had a random creepy girl, who made very deep statements which made next to no sense, locked away in his room. Who was Meherbano? Was she even real? Will we ever know the answer to that question? Honestly, it seemed almost as though Haris managed to creep his own therapist out with the way he talks about her.

Our favorite Alyna also makes a comeback in this episode. Well to be fair, that’s an over exaggeration. The only closure we get from her story is a voice over of her conversation with Haris who asks her for the therapist’s number. Kyra, her ‘is she or is she not gay’ lover, even managed to get a scene in the finale but not Alyna. I want justice, mainly for myself. If had to endure Haris’s constant barrage of “Yaar Alyna” the least I could get in return was a glimpse of her terrible chopped hair cut. But instead all we learn is that Alyna ended up ghosting Kyra as well. She actually stood the girl up for four hours then ghosted her.

Can’t believe a cake has more screen time than me😔

Sameer on the other hand is also struggling in the Midsummer Chaos episode 5 finale. After learning that his best friend is also his half brother he’s lost and confused.

Islamabad is so small, that you end up sharing father with your best friend.#midsummerchaos

Feel bad for his ami, his ma and him. #midsummerchaos pic.twitter.com/jtYuSWb7x3

However, he gets over his angst very quickly. One trip to Karachi changes his entire perspective of his life and he realizes that Haris and him are in the same boat with their daddy issues. And that is the end of the Haris and Sameer saga. All it took was one voice note.

However, what made Midsummer Chaos episode 5 really crazy was the plot twist that no one saw coming. A plot twist that made no sense but also tied up the whole web series. Remember our “ameer baap ki bigri hui aulad” (spoilt kid of a rich father) Salaar? Whose party was the start of literally the end of everything in the show? Well it turns out Salaar had planned our character’s downward spiral. You see Salaar couldn’t stomach the fact that his girlfriend was still in love with her ex-boyfriend, Sameer, and so he decides to take his revenge and what better way to do it than to orchestrate a heartbreak.

That’s where our hijabi-gone-wild Ushna comes in. You see Ushna was being blackmailed for a whopping 3 lacs by someone who was threatening to release some “compromising pictures” of her. So she turned to Salaar to help who told her that she would get the money if she played both Haris and Sameer to destroy their lives. However, she obviously falls for Sameer and is taken over with guilt.

And so there you have it, a summary of the finale of one of the most mind boggling shows to hit the screens. Between wobbly camera shots, absentee fathers and cake that had no reason to be there, Midsummer Chaos came to an end. Am I happy that the show ended? Yes. Did I understand the point of the show? No. Do I want more? Yes!