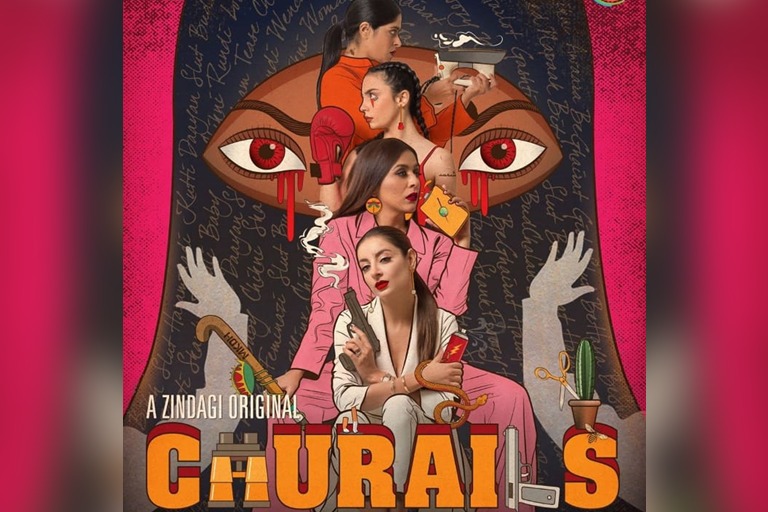 KARACHI: Headed by Zee Entertainment Enterprise, Zee5 is once again ready to welcome content from Pakistan and make it available to global audiences as part of a cultural exchange and an attempt at erasing borders through art. Under its Zindagi segment, the Indian Video on Demand service is to release five Pakistani series, out of which Asim Abbasi’s Churails will be the first original to come out. The show will be released on 11th August.

Justice has a new name. #Churails

While the show was announced some time ago, Asim Abbasi has finally released the official poster of the series, revealing the cast of the much anticipated production. The show will feature Sarwat Gilani, Yasra Rizvi, Nimra Bucha and Meharbano in lead roles.

“Churails is a story about women taking ownership of their lives and dishing out social justice as they deem fit. It questions the hypocrisy of all patriarchal societies that purport female subjugation and misogyny,” Abbasi revealed to Instep. “At its core, Churails is a story about power dynamics within gender constructs. A man’s attempt to control a woman, in particular her body, and the violence that is often inflicted on that female body in the name of obedience, respect and honour are often a result of a man’s fear of losing his dominion.”

Who are these #Churails?

Abbasi is no stranger to the world of strong female characters. His lead female characters from Cake specially left a mark on the audiences and even though the Churails might not be coming out on the big screen, the expectations from the project remain huge.