The incredibly talented artists, who tied the knot earlier this year, will come together in web series Dhoop Ki Deewar 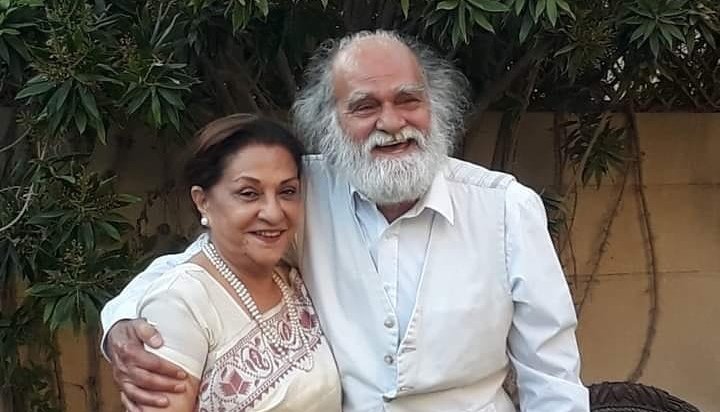 KARACHI: Manzar Sehbai made waves with his character in the film Bol (2011). The incredibly talented actor recently attracted a lot of praise for his effortless performance in Alif that concluded earlier this year. Samina Ahmed, on the other hand, never fails to impress with her brilliant performances in theatre, television as well as in films (Load Wedding). The two powerhouse performers got married to each other earlier this year. And, the good news is, Manzar Sehbai and Samina Ahmed are starring together in an upcoming project (for the first time) post their wedding.

The two industry veterans will be sharing the screen in Dhoop Ki Deewar. It is an upcoming web series that will also feature Sajal Aly and Ahad Raza Mir. Manzar Sehbai and Samina Ahmed will be seen as Sajal’s grandparents in the series.

Dhoop Ki Deewar is a cross border series, revolving around the Indo-Pak conflict. Director-producer Haseeb Hasan has taken up the project to spread the message of peace. Ace writer Umera Ahmed has penned the script set against the backdrop of Kashmir and Pulwama attacks. Inspired by true events, it will follow heart-wrenching stories of families and kids of martyred army officers on both sides of the border.

To one’s delight, the series will launch on Indian VOD service, Zee5 in the coming months. The first original Pakistani series to make it to the platform was Churails. In addition to five original series, Zee5 is also showcasing other Pakistani dramas and content.

In addition to Manzar Sehbai and Samina Ahmed, who will grace the screen for the first time after their wedding, Dhoop Ki Deewar has an all-star cast. The list includes Samiya Mumtaz, Savera Nadeem, Zaib Rehman, Adnan Jaffer, Zara Tareen, Paras Masroor, Hammad Siddiqui, Ainy Zaidi, Salma Hasan, Lubna Aslam and Raza Talish. Half the cast will portray Pakistanis while the rest will be seen as Indians.