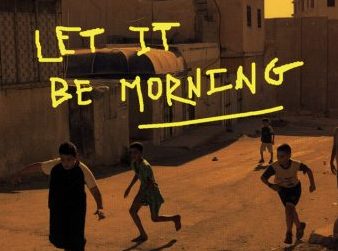 KARACHI: The cast of the Palestinian movie “Let It Be Morning” announced that they have decided to boycott The Cannes Film Festival. They termed the move as a “political statement” protesting the fact that their movie was being categorized as “Israeli.” They called this categorization a way of  “erasing their identity.” The cast which is mostly Palestinian, released a statement which said, “[Accepting the label] normalizes apartheid but also continues to permit the denial and whitewashing of violence and crimes inflicted on the Palestinians.”

Read: How Palestinian keffiyeh is being exploited

The movie is based on a book written by a Palestinian journalist Sayed Kashua, who has an Israeli citizenship. Ironically enough, “Let It Be Morning” depicts the lives of Palestinians who live under the Israeli occupation and as a result suffer from an identity crisis. The movie shows all the facets of life under the occupation, from checkpoints and high raised walls all intended to keep the Palestinians in a state of siege and as per the cast,  “It is ultimately this state of siege that the film seeks to reflect upon and why we, the cast of the film, chose to take part in designing this narrative.” Many of the cast members themselves have grown up during the apartheid that is taking place in Palestine and have also done their part in raising their voices on social media to protest human rights violations that are taking place in Palestine. This explains their decision to boycott the film festival, “We cannot ignore the contradiction of the film’s entry into Cannes under the label of an “Israeli film” when Israel continues to carry its decades long colonial campaign of ethnic cleansing, expulsion and apartheid against us, the Palestinian people.”

The cast of “Let It Be Morning” instead demanded that platforms such as Cannes Film Festival allow for Palestinian voices to be heard.