Pakistani movies we are eager to watch on the big screen

With cinemas reopening and movie screenings resuming, we can't wait any longer to see these Pakistani movies making it to the big screen 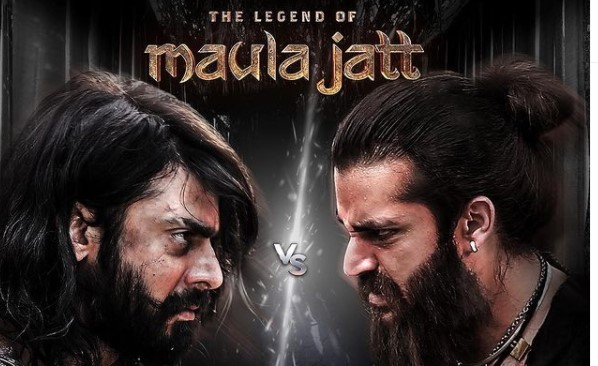 KARACHI: Recently, the NOCC announced that cinemas would finally reopen after being shut down for one and a years now. The announcement sent waves of excitement for audiences, filmmakers and actors alike. It had taken awhile but Pakistani cinema finally made a come back with strong narratives such as Cake, Laal Kabootar, Naa Maloom Afraad and the blockbuster Jawani Phir Nai Ani. However, the global pandemic brought Pakistani cinema came to a screeching halt just like cinemas across the world. Movies that had been announced ended up with their productions delayed and their release dates postponed indefinitely. However, with the much awaited news comes excitement about the fact we will finally get to see some promising upcoming Pakistani movies soon.

1. The Legend of Maula Jatt

It only took eight long agonizing years for Pakistan’s favorite onscreen couple, Fawad Khan and Mahira Khan, to finally share the screen after Humsafar. And it only took one pandemic to make it another two years for that dream to come true. The film is set to star Hamza Ali Abbasi, Humaima Malik and Gohar Rasheed and will relive the epic rivalry between Maula Jatt and Noori Natt. The movie was set to release on Eid ul Fitr 2020 and fans were teased with teaser clips while no trailer was released. The pandemic pushed the release to an undetermined date and co-producer Ammara Hikmat felt that there was no point in releasing the trailer when the movie wasn’t screening. “We were planning to release the trailer three weeks before the release but since the film’s release isn’t possible at the moment, a trailer doesn’t make any sense either,” she revealed in an interview.

A post shared by The Legend of Maula Jatt (@maulajattofficial)

Directed by Qasim Ali Mureed, Tich Button was supposed to release at the same time as The Legend of Maula Jatt but was delayed by the same limitations. The movie has a star studded cast which includes Sonya Hussyn, Iman Ali, Farhan Saeed and Feroze Khan with Urwa Hocane making her debut as a producer. The teaser for the movie had been released back in February and many agreed that it looked promising with just the right amount of romance and action.

Pakistani cinema goers had been looking forward to seeing Mehwish Hayat share the screen with Humayun Saeed for their third movie together. It will also see Kubra Khan and Gohar Rasheed starring in the movie as well. Alas, fans had to cap in their excitement for a while. The movie which is directed by Nadeem Baig, who is known for his work in Jawani Phir Nahi Ani among others projects, is written by controversial writer Khalil ur Rehman Qamar. Many believed that the movie would be a sequel to Punjab Nahi Jaungi but Baig quashed the speculation and revealed that it is going to be an entirely different movie altogether.

Another movie we look forward to watching is Ghabrana Nahi Hai. We get to see Saba Qamar in the movie and no matter what role she picks up, it is always a treat watching her in her element. Starring alongside Qamar we have Nayyer Ejaz, Syed Jibran and Zahid Ahmed, all of whom have made a name for themselves with stellar performances on TV over the years. Produced by Jamil Baig, the movie is said to be about female empowerment. In an earlier interview with Cutacut, the producer had revealed that the movie is “a daughter’s story, whose family finds itself in a desperate situation. It is in that moment that the daughter tells them: “ghabrana nahin hai (You shouldn’t worry).” Between all the crying, the plotting and scheming of saas bahu conflicts that we’re forced to endure on local TV, this plot will definitely be a welcome break.

What do you get when you have Mahira Kahn and Fahad Mustafa starring in one movie? We’ll give you a hint: brilliant acting. At least we hope so. The movie is directed by Nabeel Qureshi and produced by Qureshi and Fizza Ali Meerza and is supposed to be an action comedy. While Mustafa shared a behind the scenes picture of himself in his role as a police officer, not a lot of details have been revealed about the movie. The mystery only adds to the excitement! Given the dynamic filmamking duo behind scipting, direction and much more, we expect it to be a rollercoaster.