In an interview with Ali Safina, Alizeh Shah cleared the air around comments made about her by Yasir Nawaz and what actually happened with him 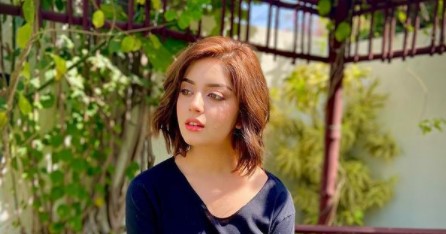 KARACHI: Just a few weeks ago, Yasir Nawaz made some scathing revelations on Time Out with Ahsan Khan. He revealed that he did not enjoy working with Mera Dil Mera Dushman co-star Alizeh Shah. So much so, that he actually wanted to cut down on the number of episodes to avoid working with her. When the interview came out, fellow actors such as Feroze Khan spoke in support of Shah but she chose not to engage with the controversy. Until now. In a recent interview with Ali Safina, however, Alizeh Shah cleared the air about what went wrong with Yasir Nawaz.

However, Safina took that opportunity to cut in and remind Shah that there is a difference though since the people on set aren’t your parents and thus implying there should be a difference in behavior. Without skipping a beat the Ehd-e-Wafa star went on to clarify that she will behave in the same manner as the person opposite her is behaving and “if he is misbehaving with me, why should I stay quiet?”

Alizeh Shah has been subject to online trolling and statements made by Yasir Nawaz had thrust her deeper into a negative light. However, both actors have said their piece on the matter and hopefully, it ends here.

The newest conversation generating around Alizeh Shah is her choice of attire at the recently held Hum Style Awards.

Actress Alizeh Shah opens up about her struggle with acne

Is Zoya from Taana Baana ambitious or entitled?