Is Zoya from Taana Baana ambitious or entitled?

Seven episodes later, the drama has challenged some stereotypes while reinforcing others 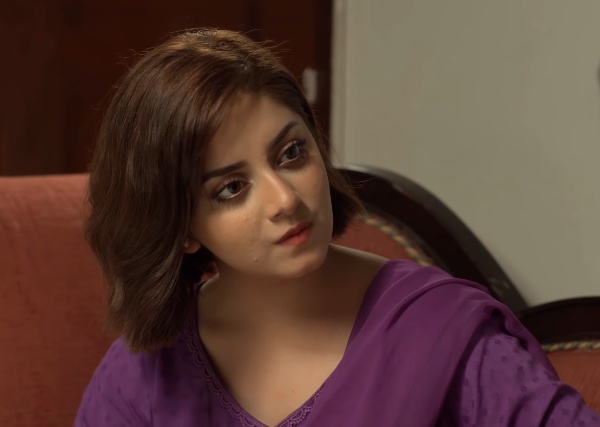 KARACHI: Seven days ago, drama serial Taana Baana started off as a typical Ramzan series. It features a joint family system, where not everyone gets along with each other, and centres around Zoya (Alizeh Shah) and Zain (Danyal Zafar) who are to be married. Zoya is portrayed as an ambitious girl who wants to purse her Masters before she even begins to think about getting married. Zain, however, is fully supportive of her choices and convinces her to marry him. One week into the drama and fans of Taana Baana cannot help but wonder if Zoya is ambitious or entitled?

One of the best things about the drama is that it is fast paced. Being a Ramzan series means it has to wrap up within a month, and the story leaves no room for stretched scenes or pointless drama. Zain and Zoya were quick to get married and the latter even begins her MBA after marriage, as promised by her husband. However, on the first day of university, it is revealed that no one from the family knows about Zoya’s plans except Zain. Did Zain really forget to tell his family or did he purposely run away from trouble, guess we can’t really be sure.

Zoya’s mother-in-law (Javeria Abbasi) is quite upset with the decision since she has always wanted a domestic daughter-in-law. In retaliation, she refuses to cook for anyone in the family but her mother-in-law. This is when Zoya’s character comes across as entitled instead of strong headed. When Zain tells her about his mother’s decision, Zoya tells him that it is his problem. Sure, it is 2021 and no one expects Zoya to be a traditional homemaker and feed her grown up husband. But how is Zoya going to survive? Since she refuses to step into the kitchen before her MBA has been completed, how is she going to eat? Cooking is a basic life skill that any 20-something-year-old should know, including Zain and Zoya. Expecting your mother-in-law or anyone else to make you breakfast is not the politest attitude to have.

Another thing that Zoya’s portrayal as the stubborn, ambitious girl does is reinforce stereotypes that ambitious or well-educated girls cannot be good wives or daughters-in-law.

Taana Baana does a good job at challenging some other stereotypes, such as the one attached to men helping around the house or living with their in-laws. Zain’s uncle (Hasan Noman Qureshi) is in complete contrast with the stereotypical portrayal of Ali Safina as a ghar damad in Chupke Chupke. Qureshi’s character is loved by everyone in the family and he does not mind doing chores while his wife takes care of her career. Zain, too, is quick to enter the kitchen instead of forcing his wife to make him breakfast. However, as pointed out by his mother, Zain has never been in the kitchen before. This once again, makes room for a typical rift between saas and bahu, and who a man listens to between his mother and wife.