There seems to be a formula that most Ramazan serials follow, and Taana Baana looks no different 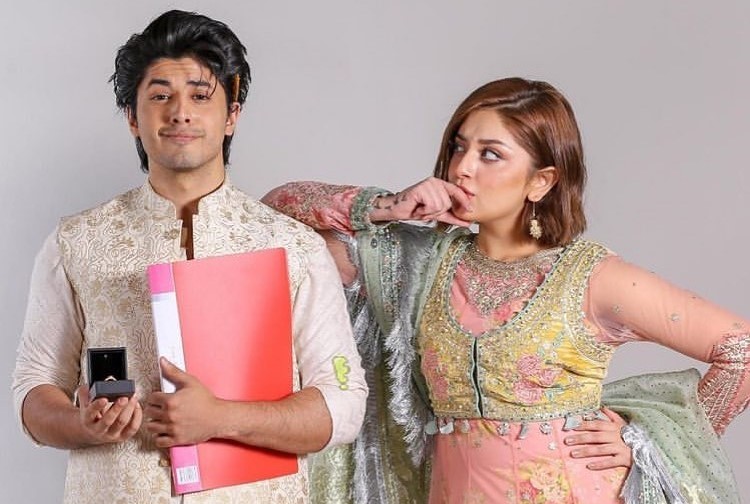 KARACHI: In our part of the world, the onset of Ramazan means the release of multiple new projects on the small screen. Be it Ramazan transmissions or dramas, the entertainment industry always has a schedule planned for the month. One drama that was being promoted over the week prior to Ramazan, was Taana Baana on Hum TV. Featuring Danyal Zafar and Alizeh Shah in lead roles, the Ramazan special had its first episode aired on 14th April and can be watched at 7:30 pm for the rest of the month. Taana Baana marks Danyal Zafar’s debut as an actor while fans wait for his web series Baarwan Khiladi to be released. Komal Rizvi is also a part of the cast and has returned to the small screen after quite some time. The storyline, however, has little new to offer.

Taana Baana opens with Zain’s (Danyal Zafar) family considering Zoya (Alizeh Shah) as a potential match for him. While Zoya’a character is shown to be least interested in getting married and wants to focus strictly on her studies, Zain’s family dynamics seem very familiar. Zain lives in a joint family where he is the bachelor who everyone wants to get married, there are two sisters-in-law (played by Komal Rizvi and Javeria Abbasi) in the house who barely get along, and there is a kid, barely a teenager, whose only job in the drama is to provide comic relief. Rewind to Ramazan of 2019, and the family system does not sound very different from the one we witnessed in Suno Chanda.

Of course, Taana Baana has good entertainment value, especially given the hype that Danyal Zafar’s debut has created amongst audiences. Zafar even does a decent job with his role, or at least what was required of him in the first episode.

The teasers of Taana Baana already hint towards Zoya and Zain getting married, even though the former is clearly not interested. Will the rest of the storyline revolve around Zain convincing Zoya to marry him or is it going to be about their married life, and the dynamics that follow a new member entering a joint family system? Guess we will find out soon.

Ramazan during Covid-19: How does Pakistan compare to other Muslim countries?