The Noble Prize winner, in her interview with Vogue, has addressed a number of things about her life. However, her views on marriage have gained the most attention. 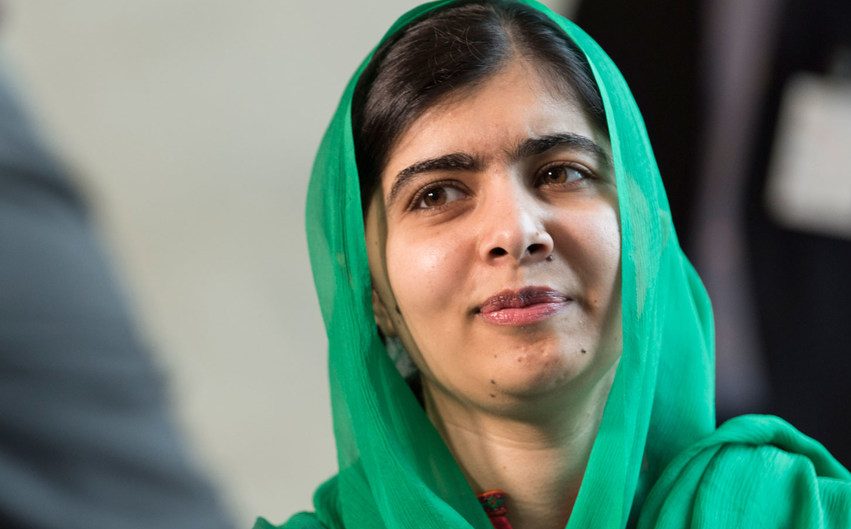 KARACHI: A major takeaway from her interview with Vogue has been how Malala Yousafzai dealt with the aspect of marriage in her interview. Social media users have been sharing part of her statement all over social media, with their own opinions on it. In a society where it is Sunnah to get married, most people find it alarming that a 23-year-old public figure from their society might not have plans for marriage. However, while marriage was not the only thing she talked about, it is definitely the one thing that is being shed the most light on in Pakistan.

"sHe kEepS eMbarAssIng uS"

lol, she's actually the one that changed our image globally, we were called fkn terrorists and what not, a girl from pakistan becoming this global icon is positive but suddenly she's an agent, hum koi osama bin laden hi deserve karte hain wese.

During her interview with Vogue, Malala sounded perplexed at the idea of marriage. But can we really blame her? She is a 23-year-old with Oxford University, fitting in a whole new country, handling her identity as a global figure alongside her responsibilities as an activist, all on her plate. Didn’t we all question ourselves whether it was okay for us to marry at some point in our lives as adults?

The problem arises when simple questioning and wonderment about whether or not marriage is something that would work for a certain individual is seen as a threat to the sanctity of the entire institution of marriage. A question we really should ask ourselves is whether a person deciding to stay unmarried is enough reason to assume the entire institution of the practice is in jeopardy.

During her conversation with Vogue, she explained how she felt her friends are successfully finding partners and getting into relationships, however, she is still confused as to what she really wants and seeks in a partner. “I’m slightly nervous,” she said. “Especially [in terms of] thinking about relationships. You know, on social media, everyone’s sharing their relationship stories, and you get worried…” About romantic relationships? I ask. “Yeah…” she said, thinking. “If you can trust someone or not, [and] how can you be sure.”

Her fear of maintaining the ideal standards of relationships set by society is relatable to most. Even more relatable is her confusion about what she expects in a partner at this age.

Malala talked about her parents having an arranged love marriage. While the two liked one another, the parents looked after the rest and got her parents hitched. Confused about whether marriage is in her own cards, Malala said, “I still don’t understand why people have to get married. If you want to have a person in your life, why do you have to sign marriage papers, why can’t it just be a partnership?” Her mother has expressed her disagreement with this opinion. “My mum is like, ‘don’t you dare say anything like that! You have to get married, marriage is beautiful.’”

On the other hand, a number of suitors from Pakistan have tried to seek Malala’s hand in marriage via emails to her father. “The boy says that he has many acres of land and many houses and would love to marry me,” she said, amused.

Malala has desecrated the most esteemed institution of marriage, and therefore our country, culture, and religion (by sharing an opinion)!!! How will we ever recover? My parents are divorcing as we speak. ☹️

@Malala If you don't like our tradition, values and rules then you have no right to represent us. Go and represent yourself or the people you like and people that like you. We don't need you. Thank you for your services…..🙂#Malala

Why can't people learn how to agree to disagree!

While it may be expected of Malala to represent Pakistan and its culture, one cannot ignore her status as a global figure and not a spokesperson for Pakistan, but women’s education on an international level. The 23-year-old activist has lived through a journey most of us cannot imagine. Whatever she says is possibly coming from her own set of experiences and exposure. Imposing one’s radical interpretation of culture can sometimes be translative of our prejudices and superiority complex.

“Even until my second year of university,” she added, “I just thought, ‘I’m never going to get married, never going to have kids – just going to do my work. I’m going to be happy and live with my family forever.’” She, however, is open to changing her opinion if presented with a newer perspective in the future. “I didn’t realize that you’re not the same person all the time. You change as well and you’re growing.”

Even if Malala decides to stay firm on her opinion on marriage in the future, one thing that we should bear in mind that she is entitled to one, as long as it is not harming someone else. As a person, if she decides the marriage is not something she would like to pursue and decides to skip it entirely, it does not have to be an attack on us as people, but her own personal outlook on the matter.

Not everyone signs up to be a spokesperson on religious affairs and our interpretations of them. Sometimes, people like Malala are simply working to better the condition of human rights.

Sorry for breaking this to you, but the world doesn't revolve around your religion or culture. Have a good day!

Through her conversation with Vogue, one learns how Malala may not be the perfect person we expect her to be. She is closer to us than we could have imagined with her consciousness about her persona, uncertainty about romantic relationships, and meeting her deadlines at the very last minute for her university assignments.

She mentioned her culture being a key force behind turning her room at college the perfect hangout place for her friends. Learning from her Pashtun culture, Malala would always have snacks to serve her guests. While she does not drink alcohol herself, she does go to pubs accompanying her friends witnessing them drunk shouting at one another about Brexit.

She also talked about running to the college hall to grab breakfast until it stopped serving, and had a hard time keeping up with the deadlines of her college assignments. “Every week!” Malala exclaimed. “I would be so annoyed with myself, like, ‘Why am I sitting here at 2 am, writing this essay? Why haven’t I done any reading?’” She added that she would submit a “horrible essay” just before the deadline, promising herself that she would never repeat the mistake, only to find herself doing the exact same thing for her next assignment.

An advocate for women’s education, Malala has been speaking up for atrocities against women and children being committed in Kashmir, Palestine for the past decade alongside sending funds to the affectees from her organization.