The actor signs up as brand ambassador for education initiative P.A.G.E 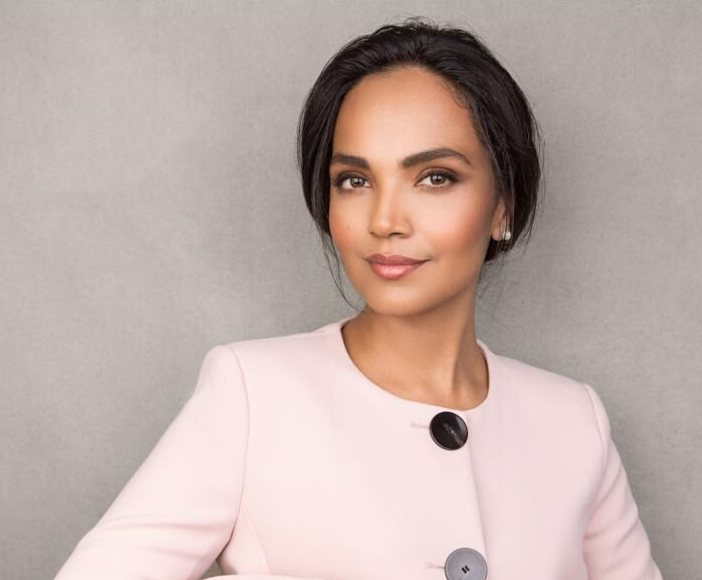 KARACHI: Aamina Sheikh has a lot on her plate right now, and we aren’t talking script readings, traveling to and attending award shows and events. We’re focusing on one rather important mission that the Cake star has taken on: educating girls across Pakistan.

Read: We need cake but it’s not a revolution yet

While we all understand to a certain degree the disparity between the number of boys and girls who have access to education in Pakistan, Aamina is able to paint the picture rather vividly in just one line. “Of the 22 million children out of schools in Pakistan, 60% to 70% of them are girls,” she reveals to Cutacut in a discussion about her involvement with Pakistan Alliance For Girl’s Education (P.A.G.E), an organisation that aims to promote gender equality by getting young girls access to education.

The newly-appointed education ambassador reveals that P.A.G.E is an is aiding the United Nations and their mission to educate 10 million children around the world. “Of those 10 million, the UN is aiming to educate one million children in Pakistan and P.A.G.E was formed to help that mission. They aim to achieve this goal in the next three years.”

However, once P.A.G.E conducted their research, they discovered that the percentage of girls out of schools was much higher than the percentage of boys. “Therefore right now, the aim is to bring a balance in the numbers,” she clarified.

A birthday spent well 😊 We thought why not use this day to celebrate the girls of the Star schools, inculcate the concepts of self respect and self worth in them. Open their awareness to the fact that their birth into this world and their journey of self realisation and potential is reason enough for joy, it is to be nurtured absolutely. To gently steer them to unlock their minds, their consciousness and give them the techniques and abilities to use it well. And what an amazing engagement it turned out to be. Feeling so blessed and grateful to be given this opportunity. Thank you PAGE for this mission of a new vision. Here is to achieving our mission of educating 1 million Pakistani children in three years and make every child’s birth a happy one. . . . . . . www.page.org.pk #pakistanallianceforgirlseducation #togetherforonemillion #pakistan #togetherfor10millionglobal #itispossible #ambassadorofchange #globalambassador #page #page_pakistan @PAGEpakistan @fajerrabia @nbukhari @itswasimahmed #aaminasheikh . . . . . #actor #celebrity #pakistaniactor #socialrights #activist #activism #socialwork #education #showbiz #pakistan #lahore #entertainment #karachi #islamabad #theater #film #movies #dramas #tvshows

Aamina was approached by the organisation earlier this year. “I did my research, read up on what would be required of me and how we would monitor my impact if I did decide to join, and came on board. So far, P.A.G.E has launched seven schools for girls after identifying the regions that require schools. A mere week after we started work, there was an unfortunate incident in Gilgit where 13 schools were burnt down, so of the seven schools that we’ve launched, 4 of them are in Gilgit,” she adds, revealing that she hasn’t been able to visit the region herself yet but plans to do so soon.

The most common reason behind so many girls abandoning their education is that they are married off at young ages. “Also because of financial constraints, families can only afford to pay for one child’s education so they’ll send the boy because he will become the breadwinner for the family,” shares Aamina.

Aamina also shares an instance that moved her deeply. “There is this one place in Gilgit where girls were stopped from going to school because they have to cross a major highway to get to the school and because so many accidents take place on that road, parents choose to keep the girls at home. Boys can still go because they are thought to be more capable of crossing a road,” she adds with a laugh.

But the real question on the actor’s mind is regarding the sustainability of this project. “Suppose we do set up schools and equip them properly, what’s stopping the community from taking their girls out of school again?” Thankfully, P.A.G.E thought of this problem too and came up with a possible solution. All admin duties of the school have been given to parents of the students as well as other members of the community. “It is in the best interest of the community that the schools continue to run because they are getting their salaries from there. This way, they will ensure that girls don’t drop out and the school keep running.”

Aamina is about to embark on a hectic traveling schedule for the various fundraising events P.A.G.E has in store for the future. So far, UK, Canada and the US are on the cards for Aamina right in the coming months.