Many are calling out the company for discriminating between the genders 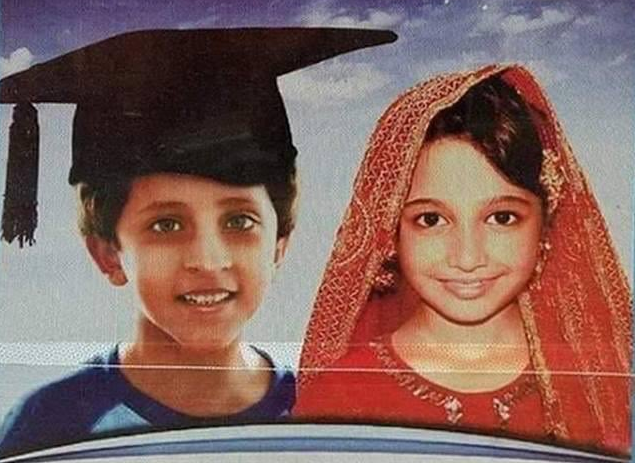 KARACHI: It comes as no surprise that a brighter future in Pakistan means different things for boys and girls. While many people across the country are trying to challenge this narrative and promote a sense of equal rights and opportunities, some companies still seem to have not received the memo. Or they are just not able to break free from the patriarchal mindset that is so deep-rooted in our society.

An advertisement by State Life Insurance has recently come into the limelight for discriminating the future of the young generation. With text that reads, “Apnay bachon ka aaj roshan aur mustaqbil khushaal banaen,” the ad aims to target the company’s Child Education and Marriage Plan – wherein a young boy is seen donning a graduation hat, while the little girl is dressed as a bride – implying that girls don’t need education for a better future and should instead opt for getting married.

Read:Women in Thailand are defying age-long ban that prohibits them from becoming monks

The ad irked many people on social media, who are calling out the insurance company for promoting a biased mindset.

Activist Tahira Kaleem wrote, “This ad portraying girl child as bride is promotion of child marriage. Girls have equal right to get education as boys.”

This ad portraying girl child as bride is promotion of child marriage.
Girls have equal right to get education as boys.#StopChildMarriage #SayNoToChildMarriage pic.twitter.com/cDBgoWnBYt

Sherry Rehman also tweeted, “I request this insurance agency to please drop these adverts. The promotion of child marriage for girls and studies for only boys is not the role modelling we need in society. The bill for banning child marriage meets with social barriers like this, making laws hard to implement.”

Request this Insurance Agency to please drop these adverts.The promotion of child marriage for girls and studies for only boys is not the role modelling we need in society. The bill for banning child marriage meets with social barriers like this, making laws hard to implement. pic.twitter.com/MqJRlnImoV

Education is also Roshan Mustaqbil for girls same like boys, not Marriage. correct yourself @StateLifeInsur?? https://t.co/VMEuELr6lo

Child marriage is illegal. This ad is for higher education of child as the boy's cap shows, but the girl is not dressed up as student. That may be misconstrued as children's marriage,

Promoting stereotyping and encouraging marriage only for girls and education only for boys ….time to rethink https://t.co/oXltRXZgXw

This is an ad of a prominent org @StateLifeInsur @state_life_
A boy is supposed to get edu,nd a girl is supposed to get married.
The picture of the girl attired as Bride is appealing and sickening to the core.
This organisation should be ashamed of itself.#end_child_marriage pic.twitter.com/UeBZ8H9P38

So, according to this ad of @StateLifeInsur, a boy's future is to get education while a girl's future is to become a bride. There is need to challenge and change this mindset. State Life Ins needs to come up with creative insurance plan as well as ad. pic.twitter.com/8CzryC9F6L

Hello @StateLifeBeema @StateLifeInsur , Are you for real for this disgusting dog whistle stereotype advertisement.
Why girls only objective in life has to be marriage and only the boys are getting education.
Child bride imagery is appalling.
You should be ashamed of yourself. pic.twitter.com/uay3jMPo9N

While it’s still unsure if this is a new ad or an old one, the fact that many people are requesting to change how Pakistan sees its youth goes to show that the majority also wants the patriarchal mindset to change. Whether Pakistan ever be able to get rid of stereotyping, is a matter that only time will reveal. Till then, one can only hope and fight against such discrimination that makes one gender feel superior to the other.