Review: We need Cake. But it’s not a revolution yet

The trailer was promising. Did the film live up to it? Let’s discuss 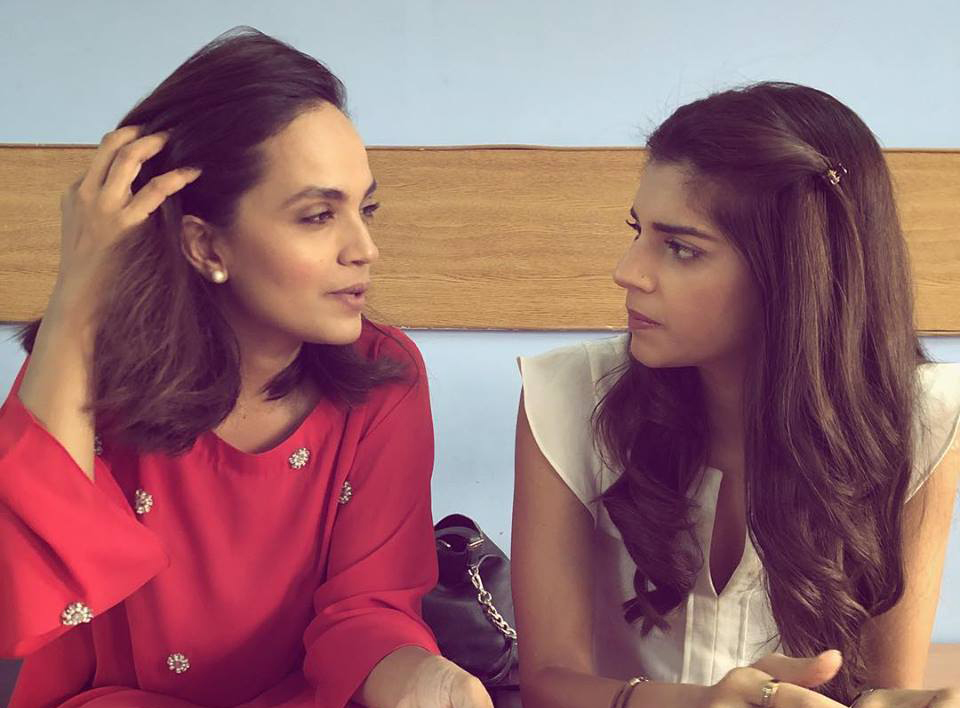 KARACHI: This past week, director Asim Abbasi released his much-anticipated debut film Cake. With a star-studded cast and an impressive trailer, we couldn’t wait to see the movie as soon as it premiered.

To say that the film’s trailer was promising is an understatement. It included what seemed to be the perfect recipe for a successful movie – comedy, drama (of course), sisterhood, conflict, family.

To many, it was reminiscent of Piku and the successful Fawad Khan-starrer Kapoor and Sons. But we weren’t interested in what the movie reminded us of, if at all. We were interested in what it didn’t remind us of – i.e. movies with the token naach gaana, a love triangle, unrequited love, the usual melodrama – and that it seemed like a movie that relied on characters and storytelling above everything else.

Did the film live up to its trailer? Let’s discuss.

The plot revolves around sisters Zareen (Aamina Sheikh) and Zara (Sanam Saeed), who are reunited with their parents and brother, Zain (Faris Khalid), following a family emergency. Zareen stays home to take care of her ailing parents, while Zara has been living in London – a point of contention between the two sisters.

Cake explores the intricacies and dynamics of an upper-middle class Pakistani household. This already cuts it off from a majority of Pakistanis who perhaps will not be able to relate to a rich-ish (what can we say, there’s a lot of money these days) family settled in a, for a lack of better word, ‘posh’ area of Karachi.

Further, while the film didn’t include unnecessary singing, dancing and melodrama, its story-line had a few problems and had us guessing for the most part. Here was the main issue: The conflict, or climax, kicked in too late and wrapped up a little too quickly.

The emergency situation that reunited the family at the beginning of the film is quickly resolved and for a while, the story lacked a striking conflict. No sooner, two story lines are introduced simultaneously. There were suddenly one too many things to focus on: aging parents, Zareen’s abandoned life goals and consequent resentment towards her siblings, and Zara’s complicated past regarding her love life .

However, where the film lacked in an engaging story, it made up for in strong main characters. And this is what truly made the film.

Abbasi made a wise decision casting Sheikh and Saeed as his lead women. Their characters’ love lives were secondary to the story line, a refreshing and welcome change. Zareen and Zara weren’t pining for a man and neither were they waiting to be saved by one.

(Side note: we’re just glad our censor board wasn’t offended by a woman smoking and flipping off the camera.)

Even though he had the fewest dialogues in the movie, Adnan Malik’s performance as Romeo was stunning. He played the role of a self-made man and son to the Christian help of the Sindhi-speaking family. From the entire cast, his performance was the most natural.

Another thing worthy of note was Cake’s stunning visuals. Cinematographer Mo Azmi did a stellar job. The film includes a single breathtaking shot that  had us floored; although, it did come across as a distraction from the narrative only because you suddenly become aware that this was carefully shot by someone behind the camera.

All in all, Cake is a notch above what is being currently produced in Pakistan. But a visual treat isn’t enough.

The film is, however, necessary if not exactly revolutionary. We have had brilliant casting, acting and even strong female characters in TV and film in the past; way back in the past. But Cake is necessary, in that we need it to remind ourselves and film industry of a time when scripts and characters were powerful and diverse, and films were made for one purpose: to tell a story.