Whether you are a public figure or a random person, there are certain boundaries that should never be crossed 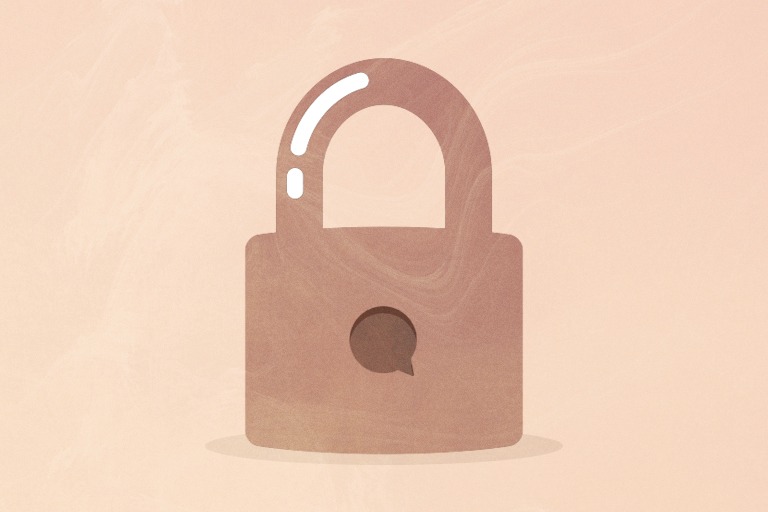 KARACHI: Being a communist society, one would think that Pakistanis would be sensitive to each other and generally empathetic. In fact, one would expect the same of any decent individual. Instead, we seem to thrive off of each other’s insecurities, we love to find things we can comment on, be it Instagram posts or Facebook display pictures, or just any aspect of a person’s private life. From local publications to celebrities and just any person walking on the street, we have become a society that just wants to talk, about anything and everything. We are all experts whose opinions must be present anywhere and everywhere. Social media, especially, has given us the power to spread hate with a few clicks.

Boundaries and personal space are foreign concepts for many of us as one can guage from what’s been happening on social media lately. This is why we felt the need to pen certain things down today. 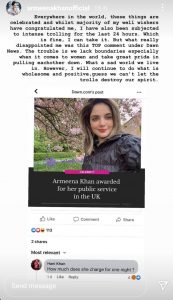 Regardless of your nationality or public status, here are a few things you should never comment upon.

This is a crowd’s favourite. Skin tone, complexion, weight, face structure, height. These are all physical aspects of an individual that we love to comment upon. Society specially upholds unrealistic beauty standards for girls and has created moulds which they are supposed to fit into. How they achieve those standards is no one’s concern. Men, too, are criticised if they are thin or have a narrow structure. Most aspects which we love to comment upon are out of a human’s control and more importantly, inappropriate to talk about. How a person needs to alter their physical appearance should never be a topic of discussion, unless their physical health is at risk and you have some valuable advice to share with them. Even then, make sure that the advice is not unsolicited.

This one’s especially for the girls who seem to have an expiration date in South Asian societies. A girl may not be mature enough to voice her opinion in family matters but she is always mature enough to be married off. God forbid if she crosses 30 without ever being married. Being public figures, female celebrities who are single also tend to attract a lot of comments about their age and marital status. “When are you getting married?” is a popular question. Sadly, the general public isn’t the only one to interfere in these matters. Recent events have shown how individuals from showbiz itself tend to comment on people’s personal lives, especially their marital status. Here is the thing, marriage is a very personal decision and choosing the time to get married (if at all) should only be two people’s decision. Everyone else needs to take a step back and focus on their own lives.

Special shout out to all the desi women being harangued for not being married, who are told you’re “past your sell-by date” or that you’ll be “left on the shelf”. You do you, ignore the aunties xx pic.twitter.com/KhsmBJfsRf

Being a Pakistani, this is a red zone and even talking about the topic can be dangerous, especially if the moral police shows up. Living in an Islamic state, the concept of ‘haya’ and ‘sharam’ is very dear to us. So much so that if a married couple posts an intimate picture of themselves on Instagram, people will jump in with a hundred terrible things to comment on. Of course, the LGBTQ community is not allowed to exist in our part of the world, let alone claim to be a member of the community on social media. Yet, we continue to call people out for their sexuality, use ‘gay’ as a slur, and put the lives of minorities in danger just so that our egos can be at peace.

Once again, being an Islamic state, we love to remind each other of what our religion does or does not allow. Regardless of our own doings, we thrive in pointing out the shortcomings of others and making people feel like they are not as good as we are. One common ground for a lot of online hate that is directed towards public figures or anyone with a public profile is their romantic relationship. Whether people are dating, engaged, breaking up, we must never give them space. We must also always remind them if their relationships are Halal or Haraam. It does not matter if they belong to a different religion or culture than ours, as long as they show up on our feeds, we will tell them what to do or not to do. 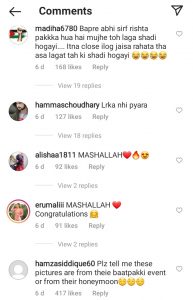 If a happily engaged couple chooses to share the news with their followers, we must remind them that they are not lawfully married yet and hence, should not be flaunting their relationship on social media. If another breaks up, it is our duty to remind them that we saw this coming long ago, and that the entire premise of their relationship was just a publicity stunt. We must never let people be.