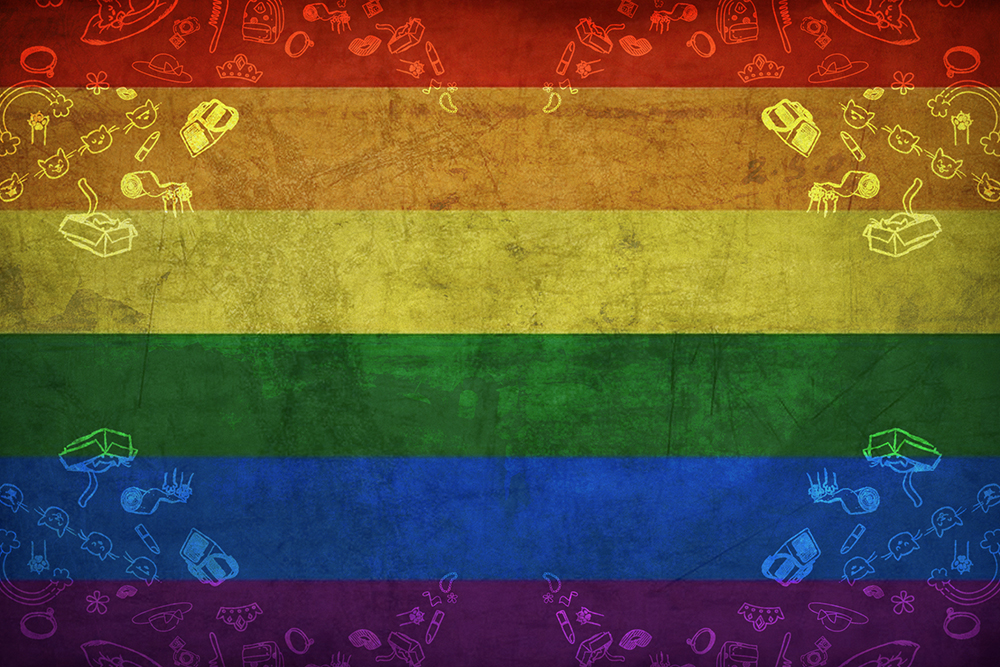 I came home from school to find a letter from Farhad on my bed. This is what it said.

I am writing to tell you something, something you may already know.

I like men.
I always have.
I have tried hard to like girls. At school I tried. Then, when Mama started bringing in the rishtas, I tried. I took them out for ice-cream and I talked to them and tried holding their hand, even kissing. I felt nothing. Phir bhi, I thought, doesn’t matter – some people are like this. I just considered myself unlucky, and thought I would fulfill my duty anyway. Marry a nice girl and settle down. I thought, oh no, so sad, but lots of people must be like this and it’s just what you have to do sometimes. Maybe I can find a girl to marry who also doesn’t like men so at least I will not be ruining her life.

But it’s becoming harder and harder to think this way. I’m starting to feel like I have to live my real life, otherwise I might die. So that’s why I’m telling you this. That I like men. I like the way they look, and feel, and smell. I like everything about them. They make my heart go tingly like in the way you probably do when you see a cute boy.

I don’t know what you will think, and I’m not even thinking about telling Mama or Abba yet. Abba especially. He will be so disappointed, his only son, he has so many expectations of me. I love Mama and Abba more than anything and want them to be happy. But I’m starting to feel like choosing someone else’s happiness over your own can actually kill you. And also, in reality, neither person ends up happy, because we are not meant to live lies.

As for the future. Sometimes, I think about it. Sometimes I dream. Of having a partner, a life. Of getting a house with him, raising children together. Going on long walks by the beach and making beautiful art together. These are my hopes and dreams. I know they may be nothing more than dreams, but it feels good to dream. And sometimes I think if I can dream it, then it has to be possible too, right? Inshallah.

But for now, it’s baby steps. And one of these steps is telling you. I hope this doesn’t change things between us. I hope you remember that I am still your big brother, still exactly the same person I always was.

What did I do when I got this letter? I scooped Nimko up on to my lap. And we sat together, my heart beating wildly, and I read the letter ten times. First I thought, no way. It’s a joke. Then, I thought, of course. That I knew it all along. It’s been so obvious, ever since forever. It’s like one of those things you don’t notice but when someone points it out, you think, how could I have missed that? So many hints, all my life. His interests in gay issues was an obvious one, also the way he acts, dresses, the people he hangs out with, the books he reads. And more than anything, it was just this feeling, that Farhad had a secret. I felt it in my bones. He had a secret, a big secret, a secret that maybe even he didn’t know. And this secret was killing him.

And so I’m shocked, and scared, but I’m also relieved. He’s let this secret out and now it won’t kill him. My brother is going to live. And he will live a happy and free life, inshallah.

And in the last paragraph, when he shared his dream. Oh my god. I saw it too. Him and his love, walking hand in hand down the beach. It’s a beautiful dream. And I would give anything for it to come true.

My brother is the bravest person I know. Also the kindest, most sensitive, most loving person. I would do anything for my brother. If there is anyone in the world who deserves love, it is Farhad.

He is right to worry about my parents. I remember Abba once saw a gay couple on TV and said, ‘change the channel, it’s disgusting’. And I remember Farhad left the room when he said that. And Mama’s no better – comments about ‘unnatural’ and ‘paagal’ and god knows what. How will they react? How will Farhad ever be able to live this truth?

Not to mention all the others – the macho guys and the horrible girls. I hear such disgusting comments at school, all the time, especially from the boys. How has it been for my brother to grow up hearing these types of comments? I think he’s had a difficult life. It makes me cry to think of it.

Now just need to figure out what to say to Farhad…