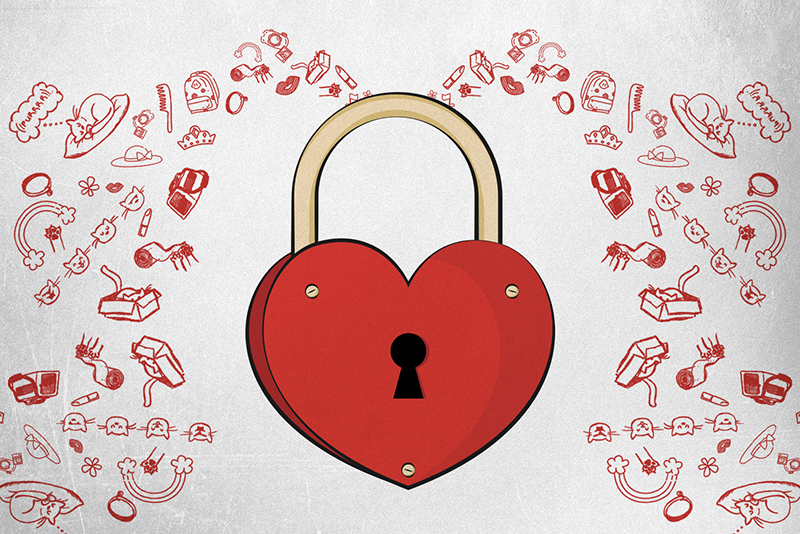 I have liked this person for a while.

But I have been too scared to say it, even to my own diary. Why? Because it’s Waseem. Yeah. Waseem. That dorky guy on the school magazine. Why would my heart do such a thing to me? Thing is. I’ve known for a while. Maybe since last year. When there was a moment. What happened was, we were deciding on photos for the collage, and he noticed I was taking all the photos of myself out of the selection. He asked me why, and I told him I didn’t like how I looked in any of them. And he said, ‘but you look nice’. I showed him the worst one, the one I wanted to burn, where you could see all my acne and I was making a weird face and I said, ‘yeah right. What about this one?’ And he examined it. Like, seriously, examined it, and said, ‘What’s wrong with that one?’ It’s such a small thing, but my heart kind of jumped in that moment. And I was like, heart, why did you jump, and heart said, because he thinks that even your ugly is pretty. Anyway, I couldn’t take it, what my heart was saying. So I tried to develop a crush on someone else, on the captain of the cricket team, Noman.

See, the thing is, my social status at school is medium. Meaning, I have a good group of friends; five girls, super close. And everyone kind of likes me; like, I get along with almost everyone. I’m editor of the school mag and I’m good at studies, but not too good. But I’m a little nerdy, I guess, and average looking – sometimes I think I’m pretty, sometimes I think I’m not – and I’m really bad at sports. So I’m medium. Not popular, not unpopular. That mean’s I’m in an unstable place, and I could easily topple over to either side. A boy like Noman could easily propel me to the front of the popularity chain, and a boy like Waseem … well … the opposite.

I don’t know if it’s wrong to think this way. But it’s how it works. Who you go out with says a lot about you, right? So if I like Waseem, I feel like that means I’m like him – shy, nerdy waghaira. But if I like Noman I become like him: funny, popular etc. I am in this in-between place, where I have to be very careful about what I do.

I know what Nimko is thinking. What’s wrong with you, girl? I thought you were a Queen. How can you worry about what randomness other people are thinking when you are a Queen? Dekho. Whoever you choose will automatically become King. So don’t worry. Follow your heart.

Easy for Nimko to say. She doesn’t know what the girls in my school are like. It’s very easy to get dethroned in my school. And anyway, I’m not even really a Queen. I’m only Queen S on the good days.

But the thing is. Waseem. He looks so sweet when he smiles. And he has a super corny sense of humour that only I understand. And he doesn’t look at me the way the other boys (and girls) do. He notices the inside before he notices the outside. I don’t think there’s too many boys like that in this world. He makes me feel like I can be whoever I want. With the other boys, it always feels like I’m kind of posing. Trying to be a certain way. With Waseem, I can just relax.

Anyway, this is a secret, and it always will be. Because the most important thing to me atm is popularity. And there’s nothing superficial about that. Everyone has it, even Nimko. Everyone wants to be liked and accepted. When Nimko’s hungry, she suddenly becomes really nice to me, rubbing my legs and things. Then she gets her food and starts to ignore me. This proves it is an animal instinct. We all want to be accepted by our tribe. It ensures survival. For Nimko, being nice to us ensures that we like her which ensures she gets fed everyday. I’m not saying she’s a selfish billi who actually hates us (although you never know!); but I’m saying, don’t judge anyone before you’ve walked a mile in their shoes.

Anyway, in the meantime, my heart is aching and I don’t know what to do. And I’m being super mean to Waseem so he doesn’t discover the truth. Poor me.