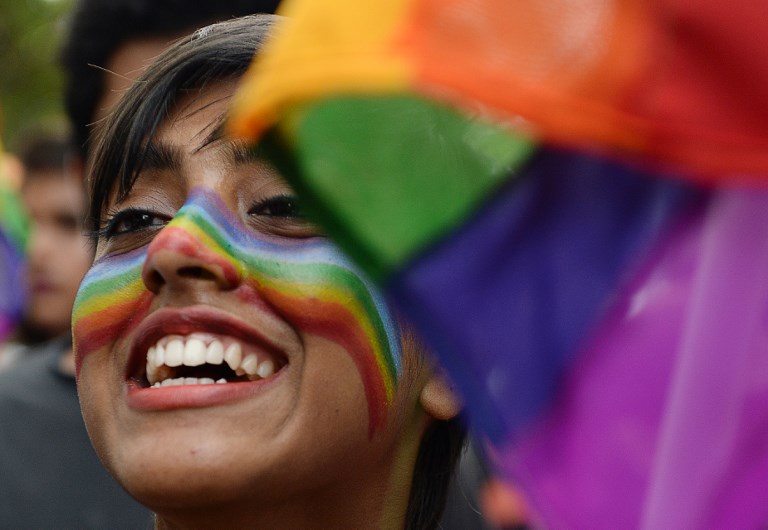 KARACHI: In a historic decision, India has legalised homosexuality after decades of struggle by the country’s LGBTQ community.

In the 1860s, British rulers had introduced Section 377 in the Indian Penal Code which imposed a life sentence (and other punishments) on “whoever voluntarily has carnal intercourse against the order of nature”.

The hearing in India on gay rights started when five people initiated a petition saying that that Section 377 violated rights principles enshrined in the constitution, like equality before law, no discrimination based on religion, race, caste, sex or place of birth and freedom of speech and expression, according to NDTV. “No one should have to live in fear because of their sexuality,” the judges said at a hearing.

Congratulations to the entire LGBT community in India. You have lived in shackles for long. It's your day today!

WATCHING THE NEWS RIGHT NOW AND EVERYONE IS HUGGING AND HAPPY-CRYING AND CELEBRATING! THIS IS WHAT THE NEWS SHOULD LOOK LIKE ALL THE TIME #Section377Verdict